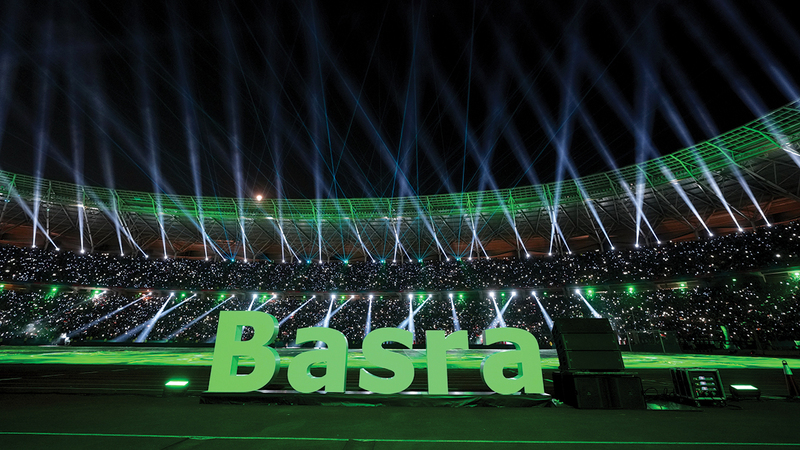 The Iraqi national team players wrote their names on the list of honor in the “Gulf 25” championship, which was held in the Iraqi city of Basra, and concluded the day before yesterday with Iraq crowning its fourth title in the competition, and the first in 35 years. The stars of the “Lions of Mesopotamia” brought down the curtain on an exceptional version in everything from the success of the city of Basra in hosting the event that returns to the land of Mesopotamia after 44 years, passing through the largest public presence in the history of the competition, up to the wonderful moments experienced by the masses.

And the Iraqi team confirmed since the beginning of the tournament that it is the most insistent on achieving the title, despite the negative tie in the first match with Oman, its group topped after defeating the Saudi and Yemeni teams, then over Qatar 2-1 in the semi-finals, and then won the final against Oman after a heroic match After extension, it ended with Iraq winning 3-2. This is the first title for Iraq under the leadership of a foreign coach, the Spaniard Casas. He won before in 1979, 1984 and 1988 with the historic Iraqi coach “Amo Baba”.

The victory in the final match against Oman confirmed the validity of expectations that the current generation of players will only come from behind joys, as the Iraqi team formed a magical mixture of determination, dedication, enthusiasm and desire with a lot of patience during the difficult times of the meeting, which led it to ascend the podium in Mashhad Exceptional in everything, in front of 64,000 spectators who crowded the international stadium in the city of Basra.

Iraq coach Casas said in the press conference that his players had faith and a strong heart, and they played the match like lions and made the Iraqi people happy.

On the collective level, Iraqi football has a new generation of players capable of following in the footsteps of previous generations to restore glories, as the “Basra Gulf” championship was a successful opportunity to build the new generation, and obtaining the title may give this generation an additional motivation to continue.

Among the most prominent stars who appeared strongly was the holder of the title of best player in the tournament, Ibrahim Baish, about whom his coach said: “He can play in Europe, and I hope that this will be his real start.” And at the level of organizational success, Iraq has defied the odds and presented a wonderful copy that was written by the masses with its remarkable presence in the stands, even in the meetings to which Iraq was not a party.