Iraqis have been flocking to the Basra stadium since dawn.. Some of them spent the night next to the stadium (video and photos) 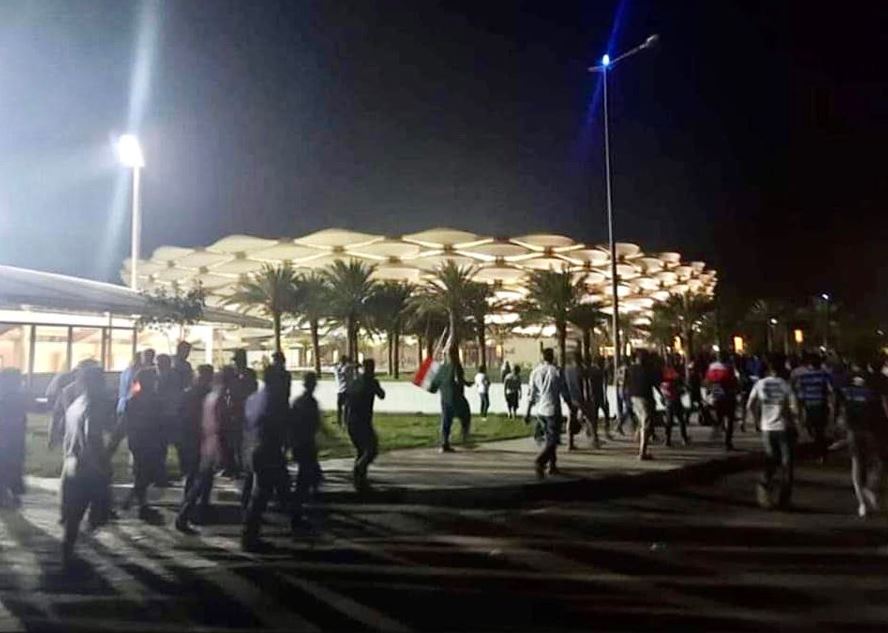 Since the early hours of dawn this morning, very large numbers of Iraqi fans flocked to the Basra International Stadium, where the date is this evening, eight o’clock UAE time (seven Baghdad time) with the final match of the “Gulf Cup 25”, which is hosted by the city of Basra, and is played by The Iraqi team in front of its Omani counterpart.

The “Lions of Mesopotamia” team seeks to please its fans by achieving the fourth title in its history, and its first in 35 years, in which it has not tasted winning the Gulf title, since the last time it won the title during the Gulf of Riyadh in 1988.

For many years, the Iraqis did not live this distinctive football atmosphere, which explains the great crowd enthusiasm and madness, as most of the championship matches witnessed a record attendance, while it is expected that the numbers in Basra stadium today will reach greater numbers, especially since the match is final, and the Iraqis are waiting for it eagerly. To celebrate the title, and to mark the conclusion of a championship in history.

By dawn Thursday, the masses began #Gulf_25 flocking to the stadium #palm _ trunk in the city of #BasraIn preparation for the Arabian Gulf Cup final, according to clips circulated on social media.

The Iraqi national team will face its Omani counterpart later in the evening in the final match of the Gulf Cup 25.#free pic.twitter.com/MwjCdyWDbI

Many Iraqi fans posted videos and pictures, of fans, some of whom lay on the ground and spent the night next to the stadium, and others, who came from the early hours of the morning, along with others who came from other cities outside Basra, amid a distinctive crowd atmosphere for Iraqis.

The Iraqi football exhibition website and a number of Iraqi media outlets, such as the Iraqi Al-Hurra TV channel, published pictures and videos showing the “madness” of the Iraqi encouragement, and the large numbers that gathered near the stadium, waiting to be allowed to enter and take their places in preparation for the final match.