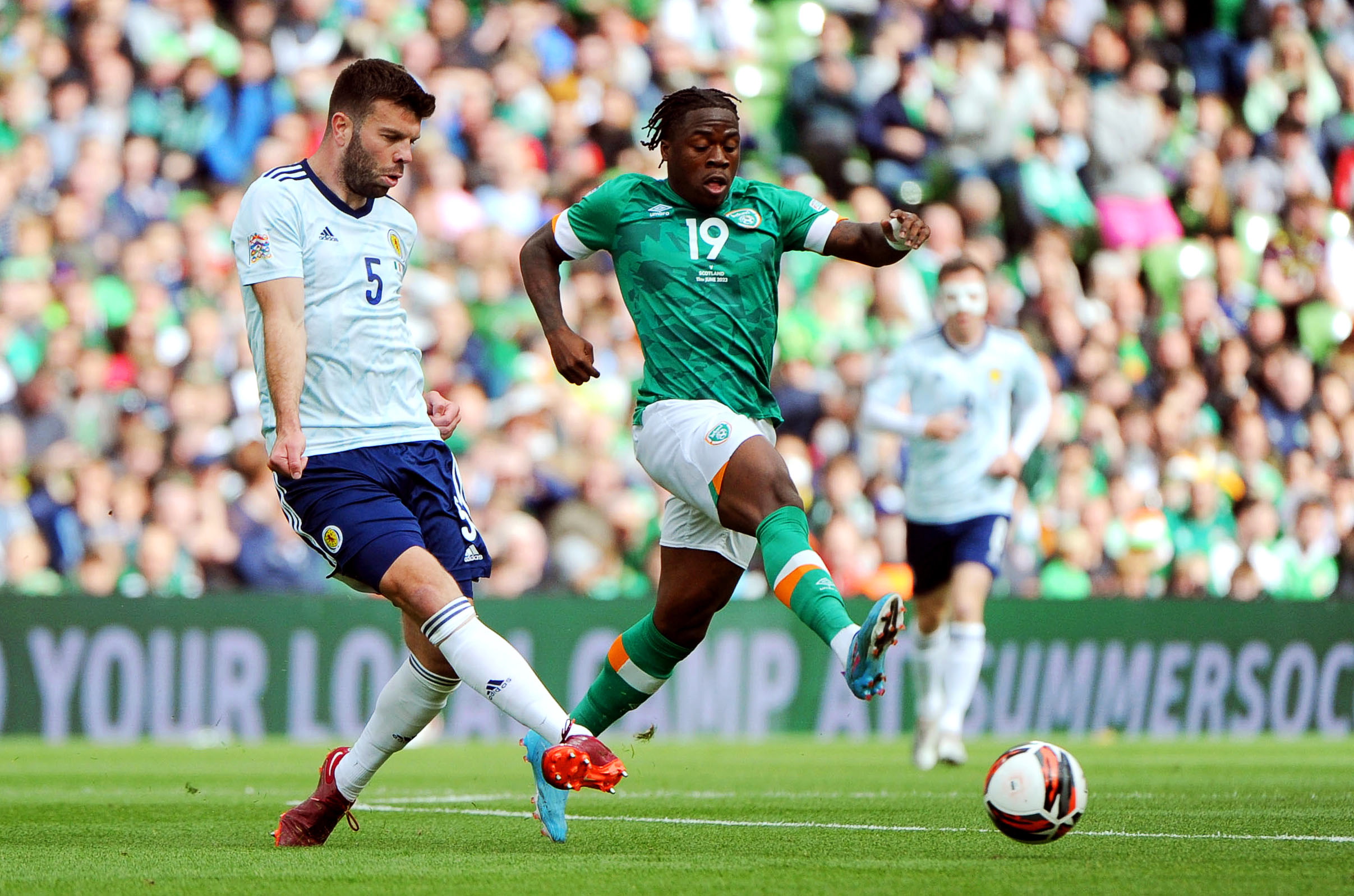 Ireland beat Scotland 3-0 in the UEFA Nations League, as Stephen Kenny’s team scored their first victory in this competition on Saturday.

Ireland advanced with an early goal when defender Shawn Duffy met a high ball after a corner kick, and Alan Brown, the midfielder, followed it up and hit the goal in the 20th minute.

Obafemi crowned his effort and scored the third goal after a huge shot from outside the penalty area after the six-minute break, as Ireland won their first victory in 13 Nations League matches.

Ireland advanced to second place in Group A of the second tier of the Nations League, while Scotland fell to third place with three points each.

Ukraine, who won 3-0 over Armenia, retained the top spot in this group.