Ireland imposes a draw against Belgium in a friendly match 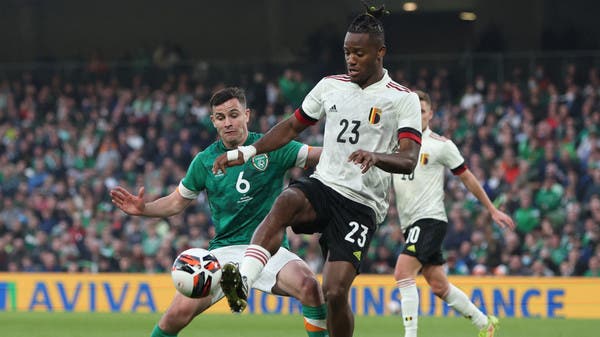 The Irish national team imposed a 2-2 draw on its Belgian guest during the international friendly football match that brought them together on Saturday at Aviva Stadium in Dublin.

The first half ended in a tie with a goal for the same, as Michi Betshuai advanced with a goal for Belgium in the 12th minute, then Chiduzzi Ogbeni equalized for Ireland in the 36th minute.

In the second half, Hans Vanaken added the second goal for Belgium in the 59th minute, but Alan Brown snatched the equalizer for Ireland four minutes before the end.