IS ambushed in northeastern Syria, 6 killed 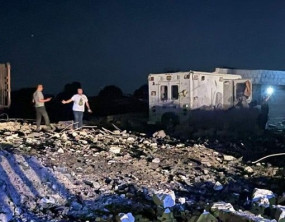 Six people were ambushed by IS militants on a road leading to the eastern province of Deir al-Jour, Xinhua news agency quoted the Syrian Observatory for Human Rights as saying. In which everyone died. As of now, the identities of those killed in the IS attack are yet to be ascertained.

Including these attacks, IS carried out 130 attacks in areas controlled by the Kurdish-led Syrian Democratic Forces (SDF) in northeastern Syria in 2022, killing 104, including 37 civilians and 67 SDF fighters, according to a UK-based watchdog.