Is cooling coming our way? ‘Funny that people need that’ 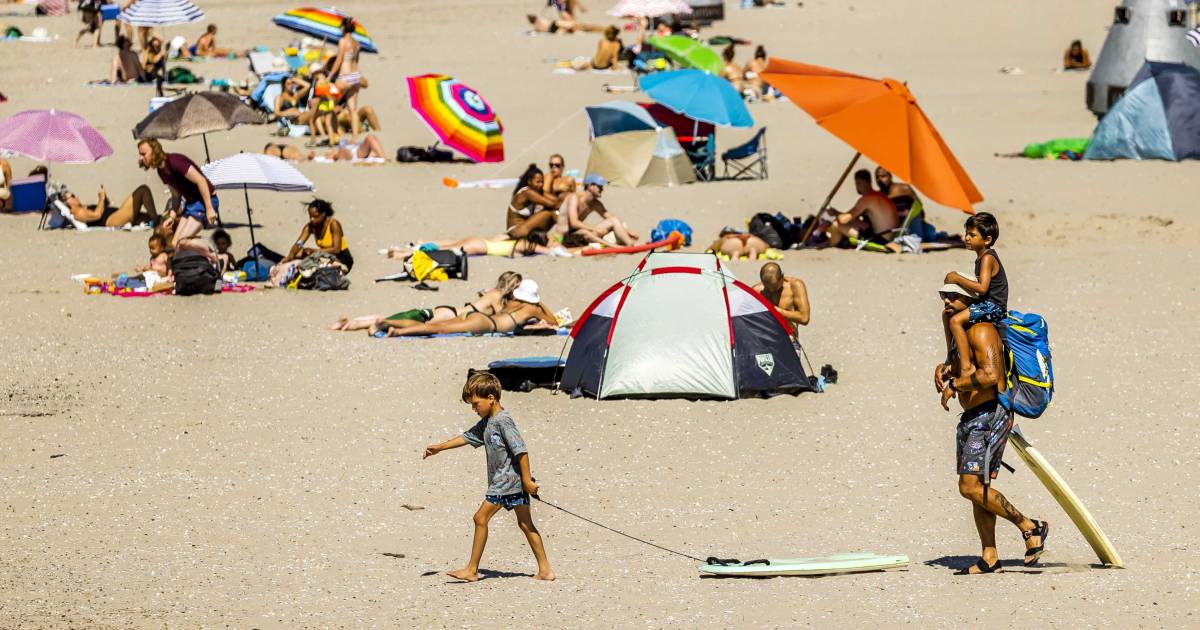 It’s one of the most searched questions on Google today: When will it get colder? Summer in the Netherlands seems to last forever. The first six months of 2022 will therefore go down in the books as the six months with the most hours of sunshine (since the measurements). The Netherlands longs for colder days. Unfortunately, the real cooling will have to wait for a while.

Cold sounds very dramatic. But it’s funny that people need that,” says Roosmarijn Knol of Weerplaza. Unfortunately, she has bad news for all those who long to cool down. Today and tomorrow it will be tropical warm in the Netherlands with thirty degrees. On Friday the temperatures are between 25 and 27 degrees, which makes it a bit more pleasant.

With a northerly wind blowing over our country, it will be a little cooler this weekend, although not much. “That wind causes temperatures between 20 and 22 degrees. After the weekend, those temperatures will continue for a while.” In addition, it will remain mainly dry in the coming period. “Although there may be a shower in some places in the Netherlands if cumulus clouds get enough chance to develop.”

So today and tomorrow it will still be tropical warm in the Netherlands. This immediately raises the question: will we possibly be faced with a (short) national heat wave? ,,At the moment there is still a heat wave in the Achterhoek. The weather station in Hupsel has so far measured temperatures of 25 degrees or higher every day. Sometimes with heels over the ditch. Then temperatures of 25.1 or 25.2 degrees were measured.”

The current heat wave in Hupsel is not the longest on record. In 2018, a temperature of 25 degrees or higher was measured in Hupsel and Twente for 29 days in a row (three days of which must be 30 degrees or warmer). “The chance that that heat wave will be matched is very small. The regional heat wave will last until Friday, but after that it will not get warmer than 25 degrees on some days,” explains Knol.

A nationwide heat wave is not in the offing. It must be 25 degrees or warmer for five days, three of which are tropical days. “And that is not the case with these predictions.”

For now, it will remain warm for a while in August. The tropical days of today and tomorrow may well be the last. It will be warm in the first two weeks of September. Temperatures are then between 20 and 25 degrees, explains Knol.

If you are looking for the real coolness, you will have to wait until the middle of next month. “The current long-term forecast shows that it will become more volatile in the course of September. Then autumn will come and it will gradually become less warm.”