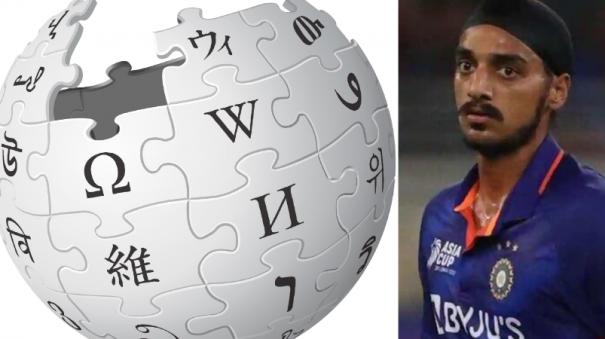 In this case, the Indian player Arshdeep Singh failed to catch the question of a Pakistani player in the Super-4 round match against Pakistan held the day before yesterday. Some people on social media are attacking him severely saying that this is the reason for India’s defeat in this game. In this case, on Arshdeep Singh’s Wikipedia page, an unregistered user has deleted the word India and added the word Khalistan. This sparked a huge controversy. However, these records were later modified at 15-minute intervals.

In this case, on Arshdeep Singh’s Wikipedia page, the central government has sent a summons to Wikipedia officials asking how they managed to post fake news linking him with the separatist Khalistan movement.