Is it true that thousands of cows died in Rajasthan’s Bikaner due to skin disease? Viral photo 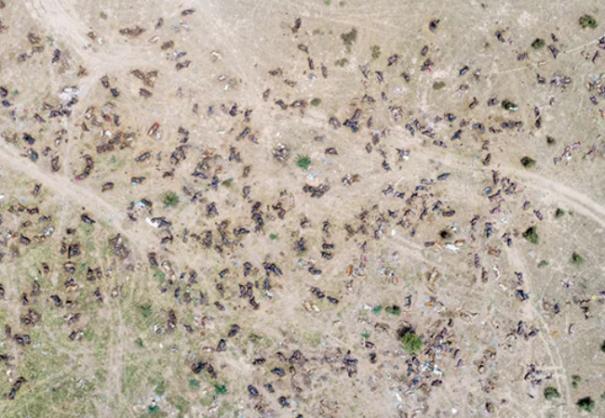 Bikaner: Cattle ringworm is endemic in Rajasthan and Madhya Pradesh. The virus is spread by mosquitoes and flies. Due to this, the transportation of cattle from Rajasthan has been banned.

The area where the picture is posted online is an area reserved for disposal of dead animals in Bikaner. The bodies of dead animals are brought here, their skins are peeled off and the bones are left to dry. These bones will be taken away by the contractor for sale. Around a thousand animal bodies are always lying here. It is a haven for vultures. This photo is currently going viral online and spreading misinformation. Cows dying of skin disease are not brought here. We set aside separate areas for it and bury their bodies in the earth. This is what he said.