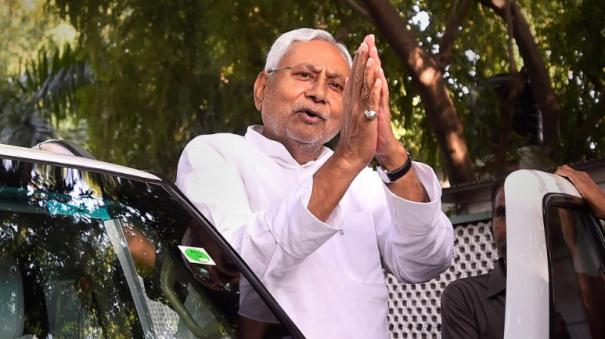 The question of whether Bihar Chief Minister Nitish Kumar will be nominated as the prime ministerial candidate of the opposition parties against Narendra Modi, who is going to re-enter the field as the prime ministerial candidate on behalf of the ruling BJP alliance during the parliamentary elections to be held in 2024, is gaining importance. Let’s look at the possibilities and challenges.

Nitish Kumar was a member of the BJP-led National Democratic Alliance until last August. He was the Chief Minister of Bihar from that alliance and changed the alliance while retaining the post of Chief Minister. BJP, which was the ruling party in Bihar, has now lost power and became the opposition party due to Nitish Kumar’s action. All the anti-BJP parties have united in Bihar.

Nitish Kumar, who asserts that if this Bihar model is extended to the national level, i.e. if all the parties opposing the BJP are united, he can prevent the BJP from coming back to power and Narendra Modi from becoming the prime minister again, he is also taking serious steps to do so by saying that he is going to take on the task of uniting the opposition parties.

Nitish Kumar, who has been on a trip to Delhi after being re-instated as Bihar Chief Minister on August 10 on behalf of the Mega Alliance, has been meeting various political party leaders for the last three days.

71-year-old Nitish Kumar is now the Chief Minister of Bihar for the 8th term. Atal Bihari was a two-time Union Minister in the Vajpayee-led cabinet. A nationally well-known leader, Nitish Kumar is back in the limelight in national politics. Despite meeting various political leaders, he continues to say that the purpose of his meeting is only to unite the opposition parties.

However, Bihar Deputy Chief Minister and Rashtriya Janata Dal President Tejaswi Yadav has said that he is the most likely leader to be fielded as the prime ministerial candidate. Sarath Yadav says there is no better choice for PM candidate than Nitish Kumar.

Especially, whether Sonia Gandhi, Mamata Banerjee, Arvind Kejriwal etc will accept it is difficult to predict right now. There is a huge difference between taking on the task of uniting the opposition and leading the opposition during elections.

It remains to be seen whether Nitish Kumar, who has a long experience in politics, will make it to the top spot.