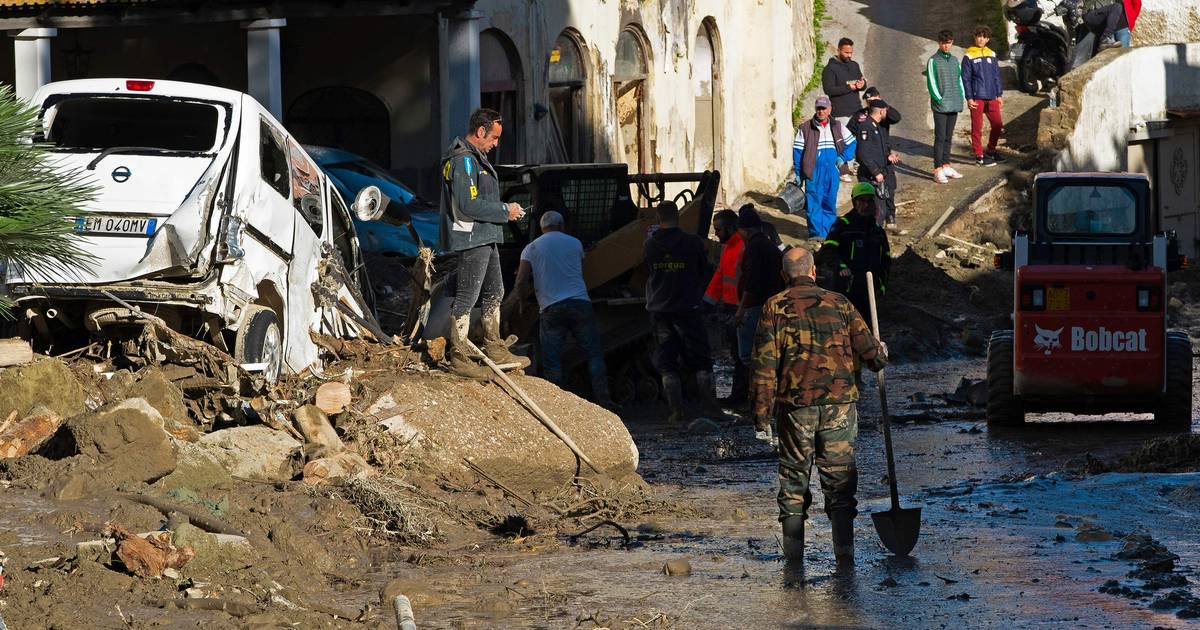 Little is known about the identities of the victims. According to local media, two families with many children were particularly hard hit. It came out this weekend that a girl (5 or 6 years old) and 31-year-old Eleonora Sirabella did not survive the landslide. Her husband is one of the missing. It is unclear whether he has been found. At least thirteen people were injured.

The small but densely populated Ischia is located off the coast of Naples. The landslide was triggered by sudden rainfall near the town of Casamicciola, which was “the heaviest rainfall in the past 20 years.” At least ten buildings collapsed and hundreds of people were trapped. Another two hundred people were advised to evacuate because there was also a risk of collapse in their area.

The government in Rome declared a state of emergency for Ischia on Sunday. That was necessary to release money for the damage suffered. Initially, 2 million euros was made available for emergency aid and clean-up work.

It was unclear for some time on Saturday how many deaths the landslide had caused. Infrastructure Minister Matteo Salvini soon reported that eight people had died, but his Interior Minister Matteo Piantedosi later said no deaths had yet been confirmed.