ISIS bride reappears: I was stupid… and I loved Kanye West’s songs 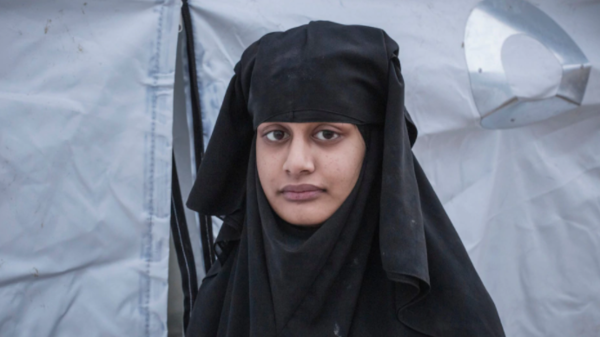 
After she revealed the reason for joining ISIS in an interview earlier this month, Shamima Begum appeared again to add another reason justifying her joining the organization, explaining that she was just a stupid child.

The 21-year-old British girl, nicknamed the bride of ISIS, has once again expressed her desire to return to the United Kingdom, according to the Mirror newspaper.

She added that she currently loves to listen to the songs of rap star Kanye West, who was linked to reality TV star Kim Kardashian.

She also told Andor Dory, director of Dangerous Zone, “I don’t think I was a terrorist. I think I was just a stupid kid who made one mistake by coming here.”

Shamima Begum and her friend (AFP)

In her speech, she stressed that she is currently wearing modern clothes, because that makes her happy, and provides her with a “respite of hope” in the camp in which she lives in Syria.

In addition, when asked if she had a letter to the British government, she said that she wanted to return “home”.

It is noteworthy that Begum is currently being held in the Roj camp in northern Syria, after the government stripped her of her British citizenship, which in turn led to the outbreak of an ongoing legal battle.

In February, the UK’s Supreme Court ruled that she could not return to the UK to pursue an appeal against her withdrawal of her British citizenship.

About 800 families live in al-Roj camp, near the borders with Turkey and Iran, which is much better than al-Hol camp 80 miles away, home to 15,000 families.

Turkey.. A decision by the “Supreme Constitutional Court” angers the largest party opposed to Erdogan

I am: Amy Gutiérrez broke down during rehearsals for the song “Quererte a ti”

Khorfakkan restores the services of Fahd Hadid from Al Ain