ISIS claims responsibility for attack on a Sikh temple in Kabul 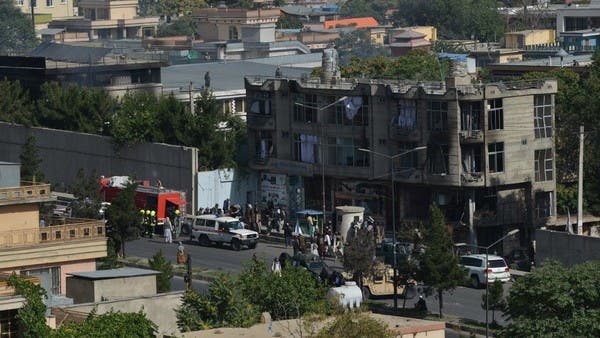 On Sunday, ISIS claimed responsibility for an attack on a Sikh temple in the Afghan capital, Kabul, which killed two people, one of them members of the sect and the other a Taliban fighter.

The organization said that the attack came in retaliation after offensive statements made earlier this month by the spokeswoman for the ruling party in India regarding the Prophet Muhammad.

In a statement published on his Amaq news agency, he said, “The Saturday attack targeted Hindus, Sikhs and apostates who protected them, in retaliation.”

The organization also reported that one of its fighters “entered a Hindu and Sikh polytheist temple in Kabul after killing its guard and shot those inside with his machine gun and grenades.”

Two people were killed and at least seven others were wounded in the attack.

For his part, Interior Ministry spokesman Abd al-Nafi Thakur said that armed men entered after attacking a “guardian with grenades”, which caused a fire.

The attack comes days after an Indian mission visited Kabul to discuss with the Taliban government ways to distribute humanitarian aid from New Delhi to Afghanistan.

The possibility of reopening the Indian embassy in the Afghan capital was also raised.

And live about 200 members of the Sikh community currently in Afghanistan, after the number was about half a million in the seventies of the last century.