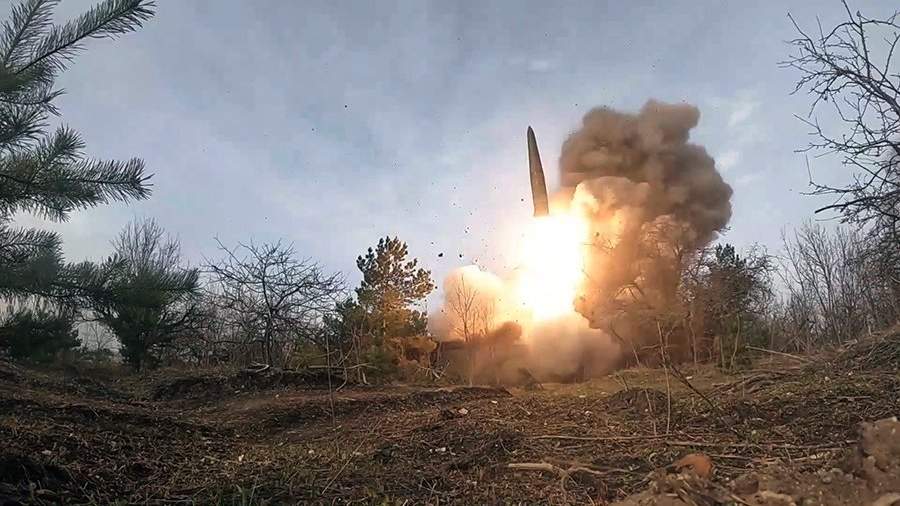 “The Iskander operational-tactical missile systems in the areas of the Krasnograd and Karlovka railway stations in the Kharkiv region destroyed large accumulations of weapons and military equipment delivered from the United States and Western countries, as well as the personnel of units of the 58th motorized infantry brigade of the Armed Forces of Ukraine,” the message says.

In addition, the aircraft of the Armed Forces of Ukraine, including unmanned aerial vehicles and aviation weapons, were destroyed with high-precision weapons in the areas of Artsyz, Odessa and Voznesensk.

In just a day, operational-tactical and army aviation hit 26 military facilities of Ukraine. Among them: two command posts, 21 areas of concentration of personnel and military equipment, two ammunition depots and an artillery battery in firing positions. As a result of the strikes, up to 210 nationalists were killed, 39 weapons and military equipment were disabled, Konashenkov added.

On May 4, the Russian military reported the destruction of a logistics center near Odessa by high-precision Onyxes. Hangars with Bayraktar drones were also destroyed there.

On February 24, Russia launched a special operation to protect the civilian population of Donbass. As the press secretary of the President of the Russian Federation Dmitry Peskov clarified, the goals of the special operation are also the demilitarization and denazification of Ukraine. According to him, both of these aspects pose a threat to the Russian state and people. Moscow also emphasized that it does not hatch plans for the occupation of Ukraine, and strikes are carried out on military facilities.

The situation in the region escalated in mid-February due to shelling by the Armed Forces of Ukraine. Since 2014, the Ukrainian authorities have been carrying out a military operation against the inhabitants of Donbass, who refused to recognize the results of the coup d’état in Ukraine.