Islamic Art Conference: This is the date for the launch of the Al-Haramain Archives 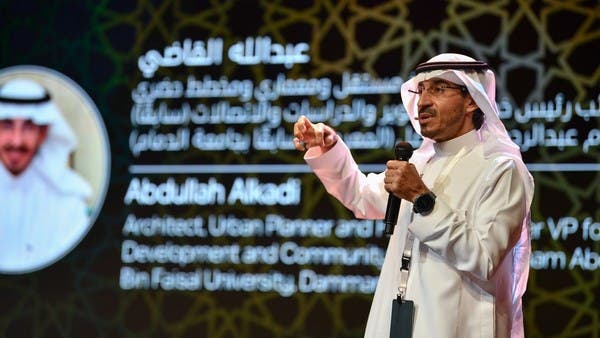 The founder of the Hajj Research Center in Saudi Arabia, Dr. Sami Angawi, revealed during the first session after the opening of the “Islamic Art” conference, which was launched under the slogan “The Mosque: Creativity of Pieces, Form and Function”, that a project to archive the history of the Two Holy Mosques has been started, and the website will be launched. Which will serve as a digital reference for the history of the Two Holy Mosques soon.

Angawi al-Khamis said that this conference provides an opportunity for students, researchers and institutions to participate in the site in an organized way, pointing out that the digital project needs a period of time ranging from two to five years if efforts are combined between institutions and individuals.

For his part, the historian and architect, Dr. Abdullah Al-Qadi, announced a study he conducted this year related to mosques and linking them to real estate prices, entitled “The Economic Impact and Its Relationship to Mosques,” noting that his study showed that “115 mosques in Saudi Arabia cost up to 100 billion riyals, while the cost of Maintenance and operation is 5 billion riyals, and the value of electricity consumption is at an average of 1 billion riyals.

The speakers at the first session during the conference held by the King Abdulaziz Center for World Culture “Ithra”, in partnership with the Abdul Latif Al Fozan Award for Mosque Architecture, reached the need to preserve the architectural heritage of mosques and consolidate the profession of “design and craft” in building their antiques, to The aspect of preserving the identity of the voice in the call to prayer by selecting influential muezzins,

Angawi noted the importance of “archiving the history of the Two Holy Mosques with concerted efforts, and in the event that efforts are not unified, the electronic project will take about 50 years.”

He linked the importance of the visual project to the Two Holy Mosques and its adoption as a historical reference documenting studies and research, especially since the implementation of the default initial plan and the general features of the archiving project, which includes the development stages of the Kaaba and the Prophet’s Mosque to become visible as an alternative to the term “Meroitic.”

The legacy of mosques

The participants in the session entitled “Preserving the Heritage of Mosques” stressed that the design of mosques should be for architects and not for historians, according to the judge, who called for the need to pay attention to mosques within neighborhoods, which have become more like islands.

He also added that “cars dominated all aspects of life, which made mosques socially isolated,” stressing that “the design must be according to architecture and human needs, and not according to machines.” He reviewed the economic and social impact and its relationship to mosques, calling for the need to reconsider the construction of mosques and the irrigation of water that surround them, and to work on increasing their number in terms of growth and development.

In turn, an honorary fellow of the Barakat Charitable Fund and the Victoria and Albert Museum in London, Dr. Amina Abdel Bar, stressed the need to protect the artifacts contained in mosques, which have become more like historical museums from disappearing, citing what Egyptian antiquities faced over the past years due to “the absence of a security vacuum, which was As a reason for the loss of more than 25 ancient buildings, many of the artifacts were sold at public auctions.

She explained that “in 2017, 52 antiquities were sold, and others were sold in the years before that,” considering that “preserving the heritage of mosques and Islamic art requires intensified efforts to remain a legacy and an inexhaustible cultural stock.”

In addition, the other sessions shed light on the artistic aspects of mosques and their beauty, where the speakers referred to the spirituality of prayer and the effect of prostration and kneeling, considering that mosques are taking new curves because of their visual and sound impact, reviewing the role of the dome in the mosque and the minaret, which have all become windows of civilization, and reflect aesthetic The image is of the mosque, according to researcher Valerie Gonzalez.

Gonzalez addressed the new interpretations of mosque architecture and its function, indicating that “the qiblah of Muslims differs in its designs, but it has one goal. The mihrab has different styles, but the goal is one.”