Islamists raise funds in Kerala for surgery on poor Hindus 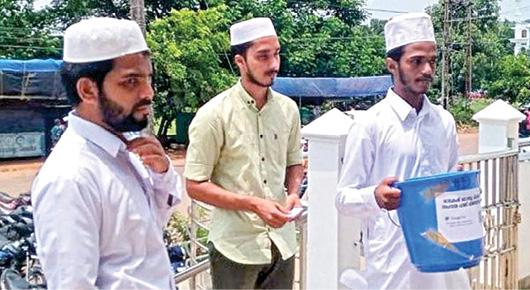 Thiruvananthapuram: Rakesh Babu (38) from Malappuram, Kerala, is making a living by driving an auto. He has not driven an auto for the past 5 months due to kidney failure.

Rakesh Babu has now been admitted to a private hospital in Kozhikode for kidney surgery. Islamists distributed funds for his surgery at more than twenty school gates in Malappuram after Friday prayers.

1.38 lakh rupees was raised during that prayer period alone for the operation of the poor Hindu. In the bucket where their funds were distributed, it was written ‘Rakesh Babu Treatment Fund’.

“We only thought that the fundraiser should help with the treatment,” said Pasimbari, secretary of the committee set up to help Rakesh Babu’s treatment. Never mind his religion. It has been 11 years since his mother’s kidney was donated to him. That’s when he sold his own house and the operation took place. The donated kidney was also damaged. It will cost Rs 15 lakh to perform another operation. We will collect the rest soon. When we said this, the imams of the mosques accepted it. ”

Religious clashes in Kerala have been on the rise for the past few months. In the last 6 months alone, 5 people have been killed along with both sides. In this context this humanitarian action is expected to support both social understandings.