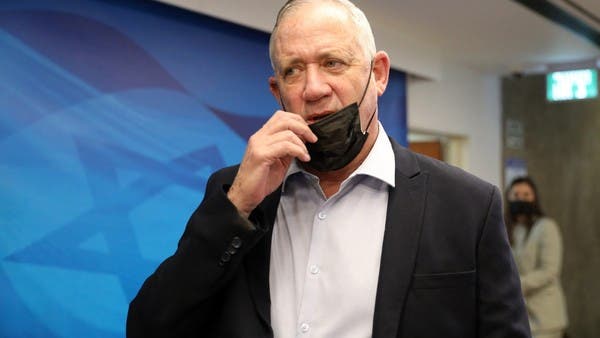 Israel accused Iran, on Tuesday, of launching attacks on naval targets from bases in Chabahar and Qeshm Island. She said that these sites are also used to store military drones.

This was stated by Defense Minister Benny Gantz, who confirmed that this was the first public disclosure of the matter, during a televised speech at a security conference hosted by Reichman University.

Earlier, Israeli Prime Minister Naftali Bennett said, on Tuesday, that “in the last decade, Iran has surrounded Israel with militia and missiles.”

Bennett added, “It doesn’t make sense to go after those Iran sends through the Quds Force. We have to get to the address.”

Israeli Prime Minister Bennett declared at the Herzliya Conference that “Israel must maintain freedom of action and the ability to act in any situation and in any political circumstances.”

He continued, “We hope that the world will not tolerate Iran, we are facing a complicated period, and there may also be differences with the good people, even if there is a return to the nuclear agreement, Israel is of course not a party to the agreement and Israel is not bound by it. We will not repeat the mistake we made after the agreement.” The first nuclear in 2015.

The Israeli Prime Minister stated that “the Iranian regime is undergoing a process of erosion, is useless, and rules by barbaric force and intimidation.”

He commented: “We hope that the world does not hesitate in its struggle against Tehran, but even if it hesitates, we are not hesitating.”

Bennett called for “widening the difference” with what he described as “enemies”, and for “increasing investment in missiles, cyber, lasers and various technologies.”

He said at a conference of the International Institute for Strategic Studies (IISS) in Bahrain, that if Iran achieves its nuclear ambitions, the region will never be as we know it today, noting that the world will be facing severe threats, if measures are not taken to stop that threat, according to a report. The Jerusalem Post newspaper.

He pointed out that Iran had previously deterred from developing a nuclear weapon, when it was resolutely directed, calling for uniting efforts not to allow Iran to obtain a nuclear weapon.

He also made it clear that Tehran will continue to procrastinate to obtain more concessions, unless it confronts it firmly to prevent it from achieving its goals.