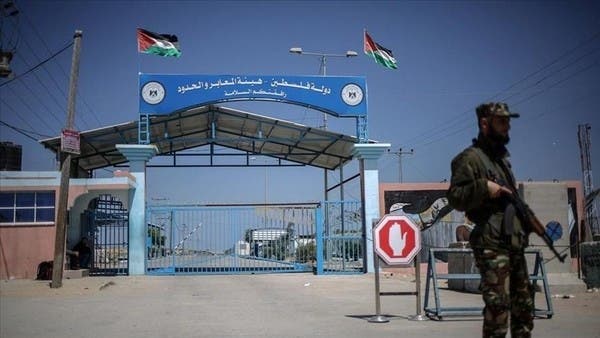 Israel decided to impose a closure on the West Bank and close the Gaza crossings from Tuesday afternoon until Friday morning this week on the occasion of the so-called Independence Day.

The Israeli army said in a statement that “the crossings will be reopened and the closure lifted on Friday, according to the security situation,” noting that “during the closure period, only humanitarian, medical and exceptional cases will be allowed to pass.”

Last week, Israel decided to continue closing the Beit Hanoun “Erez” crossing, which is designated for the crossing of workers, merchants and patients from the Gaza Strip, to its lands, until further notice.

And Yedioth Ahronoth newspaper reported, on its website, that the Israeli authorities decided to continue closing the Beit Hanoun “Erez” checkpoint, until further notice, after starting to close it as of Sunday.

According to the private newspaper; This came during a session to assess the situation, held on Sunday, and chaired by Israeli Defense Minister Benny Gantz.

Gantz linked the decision to reopen the crossing to the return of complete calm and stability.

The minister held the “Hamas” movement, which controls the Gaza Strip, “responsibility for firing rockets from Gaza,” according to the newspaper.

As of Sunday morning, the Israeli authorities closed the Beit Hanoun crossing in the northern Gaza Strip, under the pretext of launching rockets from the Strip.

Hundreds of Palestinian workers with permits to work in Israel were scheduled to cross from Gaza, but the closure of the crossing prevented this.

12,000 Palestinians hold work permits in Israel. And last March, the Israeli government said it would raise the number to 20,000, according to I24 News, a Hebrew channel.

During the past week, the Israeli army said that it had detected more than one incident of rocket fire from the Gaza Strip towards adjacent Israeli towns, without causing any casualties.

More than two million Palestinians live in Gaza, suffering from difficult living conditions, as a result of the continuous Israeli blockade of the Strip, since 2007.