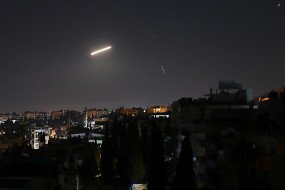 The Golan Heights used to be part of Syria, but 54 years ago it was occupied by Israel. It is a mountainous area and is about 60 km from Damascus. Syrian forces managed to intercept most of the missiles, Xinhua news agency reported. There have been no casualties in the attack.

The Syrian Observatory for Human Rights said the Israelis targeted sites in the Kiswe region of Damascus where pro-Iranian Shia militias are based. According to the UK-based War Monitor, the Syrian Air Force successfully intercepted most of the missiles, but missed two.