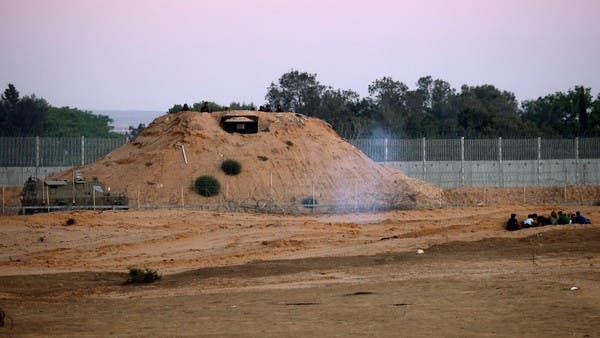 For his part, the Israeli army spokesman, Avichai Adraei, said that there were reports of a shooting incident near the security fence in the northern Gaza Strip.

He explained on Twitter that the accident resulted in “a citizen with injuries that appear to be light.”

Israeli soldiers near the fence separating the Gaza Strip

Three weeks ago, Israel announced that it had finished building the separation barrier with the Gaza Strip, which was described as an “iron wall” equipped with underground sensors, radars and cameras to reduce threats.

A statement by the Israeli Defense Ministry said – at the time – that the 65-kilometre barrier, which was completed after three and a half years of work, includes an “underground barrier equipped with sensors”, a six-meter-high smart fence, radars, cameras and a marine monitoring system.

It is noteworthy that during the last confrontation between Hamas and Israel in May, thousands of rockets were fired from Gaza towards Israel, which responded with hundreds of air strikes. During the 11-day standoff, more than 240 people were killed in Gaza while the death toll in Israel reached 12.