Israel.. The army is accelerating its preparations for a possible attack in Iran 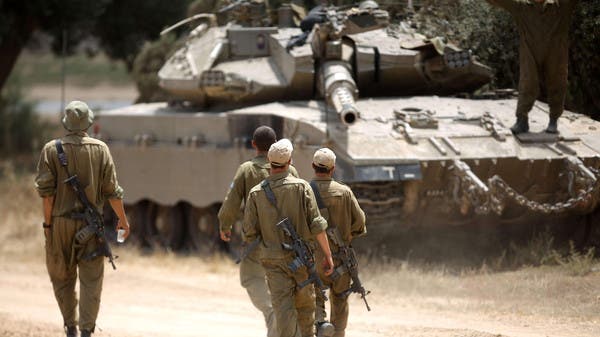 Today, Sunday, Hebrew media reported that the Israeli army leadership is taking steps in preparation for a possible resort to the scenario of a military attack on Iran’s nuclear program.

Israel Army Radio reported that Chief of Staff Aviv Kohavi instructed the armed forces to speed up preparations for a possible attack in Iran.

The radio indicated that the Israeli Air Force, within the framework of these preparations, made amendments to the training and qualification programs for pilots and navigators, explaining that these amendments pertain to the advanced stages of those training programmes.

And it seems that the exchange of veiled threat messages between Israel and Iran will not stop. After the Knesset Finance Committee approved an additional defense budget totaling about 9 billion shekels (about $2.9 billion), in preparation for possible military action against Tehran, the two most senior military leaders in Iran announced maneuvers Freely conducted by his country this week to warn Tel Aviv.

Amid Iranian fears of possible Israeli plans to target nuclear sites on its soil, the commander of the Iranian Revolutionary Guards militia revealed, on Friday, that the maneuvers included the launch of ballistic and cruise missiles.

Hossein Salami, in statements broadcast on state television, considered that these maneuvers were carried out to send a warning message, while the Chief of Staff of the Iranian Army, Mohammad Bagheri, said that 16 ballistic missiles of different models were fired at the same time and destroyed predetermined targets.

While Britain condemned the firing of ballistic missiles during the maneuvers, and the British Foreign Office said in a statement, that these actions represented a threat to regional and international security, calling on Iran to stop its activities immediately.

It is noteworthy that the Hebrew media had confirmed that the Knesset Finance Committee had approved, last Thursday, a budget within the framework of secret items aimed at preparing for military action.

The information indicated that this step comes amid reports that Israel is preparing contingency plans for military action against Iran in the event of the failure of diplomatic efforts to reduce its nuclear program, according to the “Israel Hayom” newspaper.

It is noteworthy that Israel has long threatened military action if diplomacy fails to prevent Tehran from acquiring a nuclear bomb.

Israeli Defense Minister Benny Gantz has called on world powers not to allow Iran to gain time in the nuclear negotiations, which have stalled at Iran’s request, and are due to resume next Monday.