Israel: We will not allow Iran to pass weapons to its proxies 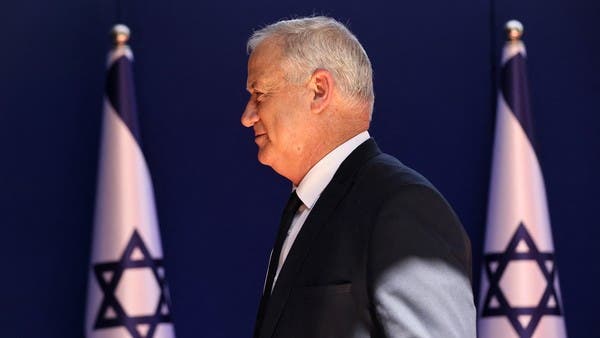 Israeli Defense Minister Benny Gantz stressed that his country’s armed forces will not allow Iran to transfer weapons to its proxies in the Middle East, describing it as the “biggest enemy” of the countries in the region.

In a speech during a visit to the Air Force, he added that his country has worked hard against threats on various fronts ignited by Iran.

He also pointed out that the Iranian regime is not able to provide education and water to its citizens, yet it invests huge sums in the nuclear program and the financing of its proxies.

You want to ignite the area

He believed that Iran was undermining the sovereignty in Syria, Lebanon, Yemen and other countries, and wanted to ignite the region on the altar of the interests of its leaders.

He also called on the countries of the region to prevent the Iranian infringement of their sovereignty and their people.

In addition, he concluded that Israel will not allow Iran to transfer unbalanced weapons to its proxies, explaining that the Israeli army will continue to work by land, sea and air to ensure its security.

These developments came days after Israeli Foreign Minister Yair Lapid warned that Israel was ready to act alone against Iran if necessary, coinciding with the launch of the eighth round of talks on reviving the 2015 Iranian nuclear deal in Vienna.

Last Monday, Lapid told the Foreign Affairs and Defense Committee, that his country, of course, prefers to work in accordance with international cooperation, but if necessary, it will act alone.

He also made it clear that Tel Aviv provided its allies with a large amount of strict intelligence about Iran’s nuclear program and concrete intelligence that proves that Iran is deceiving the world in a completely systematic way, according to him.

It is noteworthy that these statements coincided with what was reported by media sources that the Israeli army leadership is taking steps these days in preparation for a possible resort to the scenario of launching a military attack on Iran’s nuclear program.