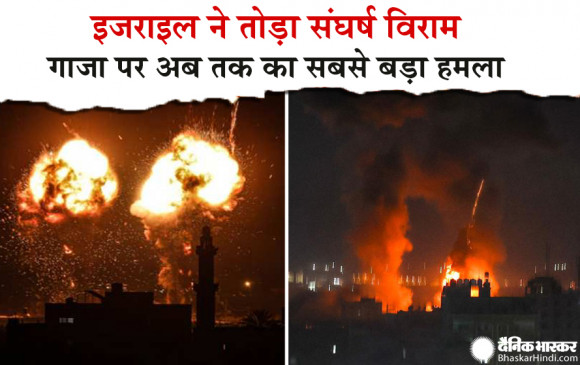 According to the BBC report, several balloons were sent from Gaza to Israel on Tuesday, causing several fires.

This is the first major attack since 11 days of fighting ended in a ceasefire between the two sides on May 21.

The Israel Defense Forces (IDF) said in a statement that its fighter jets targeted military complexes operated by Khan Younis and Hamas in Gaza City.

It was not immediately clear whether anyone was injured in the air strikes.

A Hamas spokesman said in a statement on Twitter that the Palestinians will continue their valiant resistance and defend their rights until the occupants are expelled from all of our land. Israel’s fire service said incendiary balloons launched earlier than Gaza set fire to at least 20 farms by communities in southern Israel.