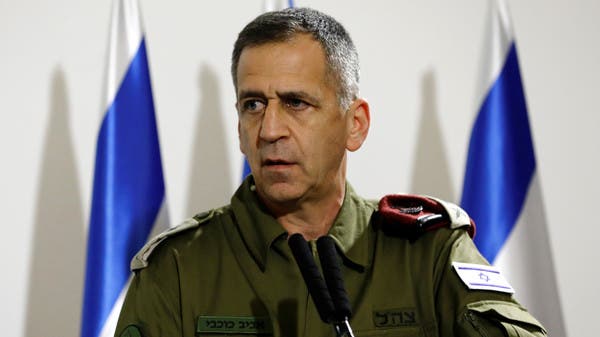 The Chief of Staff of the IDF, Aviv Kohavi, sent a threatening message to the residents of Lebanon about the possibility of war.

“We from our side will bomb in a devastating, massive and painful way, and this is something we expect to be very large,” Kochavi said.

He continued his warning: “My message to the Lebanese is that we will allow them to leave immediately, and we will give them a warning before leaving.”

Kochavi added: “The biggest message to them is that we advise them to leave before we fire the first shot at the moment of the coming tension in the places from which we will ask them to leave, because the bombing will be like never before.”

Kochavi stated that the army is dealing with what he described as “six battlefronts in six dimensions and in the face of a large number of diverse threats.”

Kochavi indicated that the “most dangerous” of these threats “is represented by a potential nuclear threat in the third circle, and the threat of missiles and missiles from all fronts and dimensions that the enemy has developed.”

He continued, “Every target associated with missiles and rockets will be targeted in the next war. A house in which there is a shell or located near a shell, an activist who deals with a rocket shell, or a command headquarters that deals with a shell, or electricity linked to a group of rockets…All this network will be done.” He hit her on the day of the war.”

Regarding the “next war” in Lebanon, as he put it, Khafafi commented: “We have crystallized thousands of targets that will be destroyed in the enemy’s missile and missile system.”

He stressed that “all the targets are included in an attack plan to target the command headquarters, rocket-propelled grenades, launchers and more of these targets. All of this will be hit in the State of Lebanon.”

It is noteworthy that the northern border of Israel has witnessed a state of general calm since the war between Israel and the Lebanese Hezbollah militia in 2006.

Small Palestinian factions have been sporadically firing rockets at Israel from inside Lebanese territory.

Last April witnessed an escalation on the Lebanese-Israeli border, which was represented by heavy Israeli artillery shelling of sites in southern Lebanon.

Also, disagreements arose recently between Lebanon and Israel over the planning of the maritime borders and the rights of exploration, and Beirut accused Tel Aviv of violating its sovereignty.