Israeli commander: We continue to prepare for any scenario of confrontation with Iran 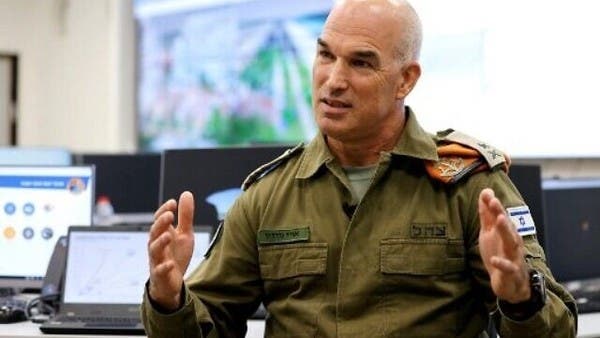 The commander of the Israeli Home Front Command, Major-General Ori Gordin, said Sunday evening that his country is preparing for any scenario of confrontation with Iran.
Israel threatens Iran with thousands of missiles on its soil

He stressed Israel’s readiness to confront any missile attacks it might be exposed to, in response to an Iranian threat to launch such attacks.

He added: “Israel is ready to respond to missile attacks, including launching thousands of missiles on its territory.”

Gordin also stressed that Israel must “continue its preparations and improve its readiness to deal with this scenario, as well as fill the existing shortcomings in the field of fortifying the home front.”

And on Saturday, Iranian media published a video clip showing a simulation of the process of targeting the Israeli nuclear reactor in Dimona, while some media later revealed the falsity of the video, as they published other videos showing the explosion of the model from the inside and not by the missiles fired at it, as Iran claimed.

The clip showed a number of large mechanisms carrying ballistic missiles and another mechanism carrying a number of suicide drones.