Israeli police injure a Palestinian for allegedly trying to stab 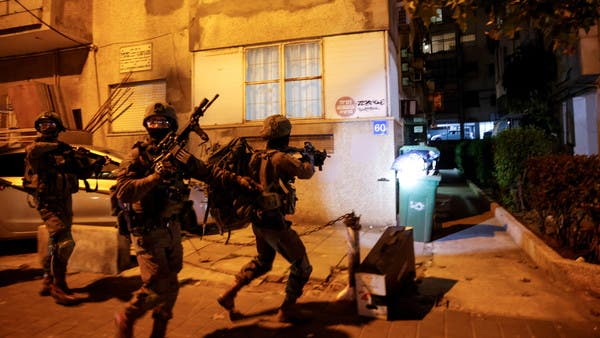 Al-Arabiya/Al-Hadath correspondent reported, on Sunday, that an Israeli policeman was stabbed near Bab al-Amud in Jerusalem.

The information confirmed that the Israeli police shot the suspect.

It also stated in a statement, that the man who was carrying a knife stabbed the policeman, and the latter was taken to the hospital in moderate condition.

While the condition of the attacker was not immediately clear.

Formation of a National Guard with unknown missions

While this operation came hours after Ofir Gendelman, a spokesman for the Israeli Prime Minister, Naftali Bennett, announced that the prime minister had instructed the formation of a national guard of border guards and reserve forces and volunteers trained in weapons.

The Israeli spokesman did not mention any details about the role these new forces will play or the locations of their deployment.

This came after Israel confirmed, earlier on Sunday, the arrest of two Palestinians who Gendelman said were the ones who carried out an attack in the Elad settlement in central Israel, which killed 3 people last week.

The two perpetrators of the attack were arrested in the forested area between the settlement of Elad and the city of Ras al-Ain.

A video clip showed the Israeli security forces surrounding the perpetrators and asking them to leave their hiding place in the middle of a forested area.

From the Israeli police (archive)

Since the dawn of Friday, the Israeli police began a search operation after the attack, and the police called on residents to provide information on the whereabouts of the attackers hiding.

I also published my picture and my name, two Palestinians suspected of carrying out the attack, which also resulted in the injury of four people, three of whom are in serious condition.

She said that the two Palestinians are Asaad Yousef Al-Rifai, 19, and Subhi Imad Abu Shukair, 20, from Rumana village in Jenin governorate in the northern occupied West Bank.

It is noteworthy that this is the sixth attack against Israel since March 22 in Elad (center), the city of about fifty thousand people, including a large number of ultra-Orthodox Jews, near Tel Aviv, bringing the death toll in the attacks to 18 since last March.