Israeli President: Iran’s nuclear threat must be completely neutralized, with or without an agreement 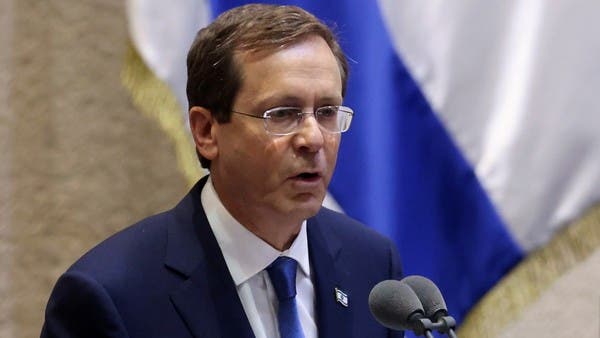 He added, “Iran is a time bomb that threatens Israel and the Middle East, and I am following the ongoing negotiations and I call on the international community not to underestimate the seriousness of the matter.”

He stressed, “The Iranian nuclear threat must be completely neutralized, whether with or without an agreement.”

According to Herzog, “These days the Iranian octopus continues to send its arms across the Middle East. Iran is a time bomb that threatens Israel and the entire Middle East.”

He pointed out that “this issue is agreed upon in Israeli society and among its leadership. I am following the ongoing negotiations on the nuclear agreement, and I call on the international community to prohibit allowing Iran to acquire a nuclear capability.”

This comes as Israeli Defense Minister Benny Gantz considered that Iran is “playing at the lost time.” Their statements came during the graduation ceremony of the pilots course on Wednesday.

Simultaneously, Russian Foreign Minister Sergey Lavrov said that the Vienna talks on the Iranian nuclear deal, which were temporarily suspended at Iran’s request last week, will resume before the end of this year.

Diplomats also confirmed to Reuters that indirect talks between the United States and Iran on returning to full compliance with the agreement are scheduled to resume in late December.