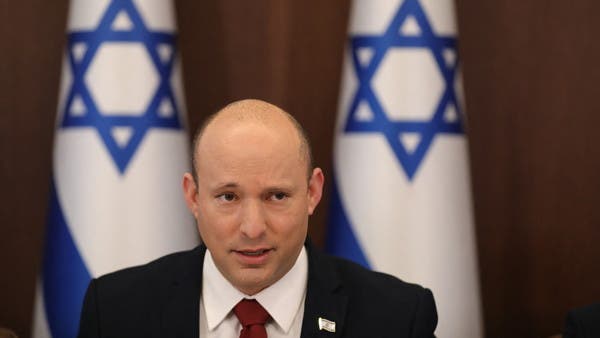 As the eighth round of talks on Iran’s nuclear program continues in Vienna between Tehran and world powers, Israeli Prime Minister Naftali Bennett said today, Tuesday, that world powers should take a more firm stance in nuclear talks with Iran.

To this, he added in an interview with Israel Army Radio, “Of course there can be a good agreement. Of course we know the criteria. Is this expected to happen now in the current circumstances? No, because there must be a firmer stance.”

He also said, “Iran is negotiating from a very weak position, but unfortunately the world is behaving as if it is in a strong position.”

In this context, Israeli Foreign Minister Yair Lapid warned, on Monday, that Israel is ready to act alone against Iran if necessary.

“Of course we prefer to work in accordance with international cooperation, but if necessary we will act on our own,” Lapid told the Foreign Affairs and Defense Committee. “We are defending ourselves by ourselves,” he stressed.

He explained: “We provided our allies with a large amount of strict intelligence about Iran’s nuclear program, and this was not just opinions and positions, but concrete intelligence that proves that Iran is deceiving the world in a completely systematic way.”

He also explained, “All they care about is lifting sanctions and pumping billions of dollars into its nuclear program,” and the money in turn goes to Hezbollah, Syria, Iraq and the “terrorist network that they spread around the world.”

Israel has opposed reviving the deal, warning the signatories to the agreement of the risks of protracted negotiations, resumption of the Joint Comprehensive Plan of Action, or a new agreement that would fail to stop a nuclear Iran.

Earlier this month, the International Atomic Energy Agency confirmed that Iran had begun enriching uranium to 20 percent purity at the Fordow facility, a facility that was banned in the original nuclear deal deal.