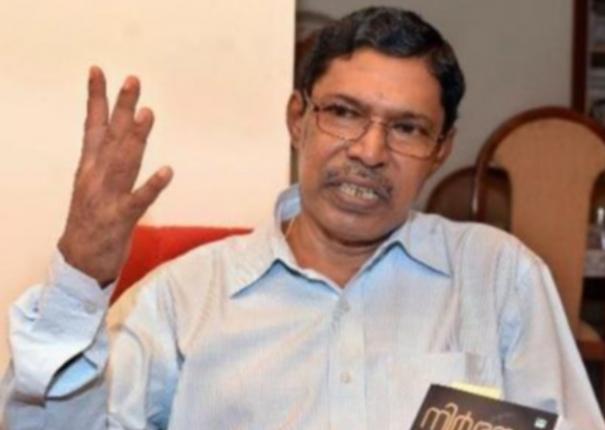 New Delhi: The Supreme Court has canceled the anticipatory bail granted to four persons, including former Kerala police officer CP Mathew, in the ISRO espionage case, and has directed the Kerala High Court to rehear the petitions.

Kerala scientist Nambi Narayanan was arrested for spying on the Indian Space Research Organization. He was imprisoned for several years, but was released after it was proved that there was no evidence. The Supreme Court ordered the Kerala government to provide relief funds to him. Meanwhile, it came to light that ISRO had deliberately implicated some people in the espionage case.

In this regard, a case was registered against four policemen, including former Kerala DGP CP Mathew. The Kerala High Court granted anticipatory bail to all 4 of them. The CBI filed a petition in the Supreme Court against this.

A bench headed by Supreme Court Justice M.R. Shah heard the petition and announced cancellation of the anticipatory bail granted by the Kerala High Court. Meanwhile, the four involved have been granted immunity from arrest for five weeks. By then they are given time to take legal action. However, the Kerala High Court has indicated that the anticipatory bail should be reviewed within 4 weeks.

Earlier, two Maldivian women were arrested in ISRO spying case and released in 1994. Both of them have now filed a petition in the Thiruvananthapuram District Court. It said, “CB Mathew should not be granted anticipatory bail. In this case the police deliberately trapped us and tortured us. We were tortured by the police for 3 years in a Kerala jail. Before the court decides on CP Mathew’s plea, we should also hear our side’s views,” he had demanded. Similarly, Nambi Narayanan had also said that anticipatory bail should not be granted to CP Mathew.