Issuance of Russian passports started in Donetsk in July 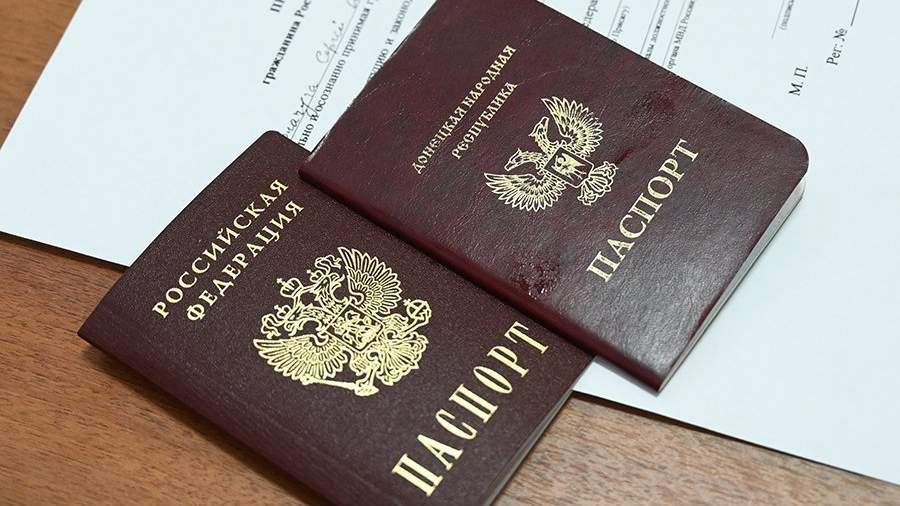 The issuance of Russian passports has begun in Donetsk. This was reported on July 1 by the Ministry of Internal Affairs of the DPR in Telegram.

“Since July, the issuance of passports of the Russian Federation has begun in the capital of the Donetsk People’s Republic,” the publication says.

Also on this day, the first 90 Russian passports were issued at the document processing center in the Lugansk People’s Republic.

Previously, citizens of the republic could obtain a Russian passport in a simplified manner only when leaving the territory of the Russian Federation. According to the decree of Russian President Vladimir Putin, it is now possible to obtain Russian citizenship without leaving the country.

On June 27, the Russian Interior Ministry announced that citizens of the Donetsk and Lugansk People’s Republics would be able to replace foreign national driver’s licenses with Russian ones without passing exams. The department clarified that a special procedure for the exchange of foreign national driver’s licenses will avoid complicating the humanitarian situation.

On May 25, the President of the Russian Federation signed a decree on simplifying the acquisition of Russian citizenship in the Zaporozhye and Kherson regions.

The special military operation of the Russian Federation to protect civilians in Donbass, launched on February 24 as a result of shelling by the Ukrainian military, continues. The goals of the special operation are, according to the Kremlin, the demilitarization and denazification of Ukraine. A month later, it was reported that the tasks of the first stage had been completed and the operation was proceeding in strict accordance with the plan: the Armed Forces of Ukraine suffered heavy losses and did not have an organized reserve. In addition, the Russian military took control of the territory of Kherson and most of the Zaporozhye regions. Now the troops are concentrated on the complete liberation of the Donetsk and Lugansk people’s republics.