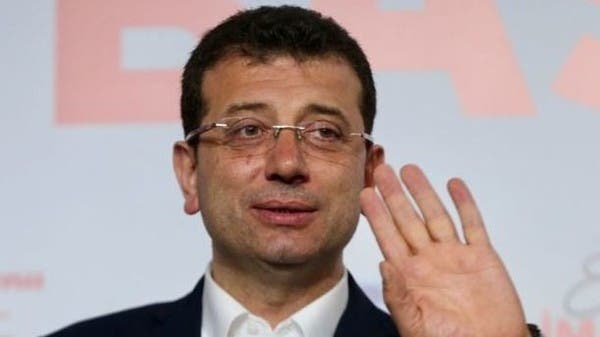 Ekrem Imamoglu, the mayor of Istanbul, criticized the population increase that the “Istanbul Water Canal” project will achieve and pledged to prevent it, considering that the city, which is one of the largest Turkish cities, “does not have the ability to bear” this expected population increase.

According to statements made by the mayor of Istanbul, who belongs to the Republican People’s Party, which is the main opposition party in Turkey, the Istanbul Water Canal project adopted by President Recep Tayyip Erdogan will add two million people to the current number of Istanbul’s population of about 16 million.

Imamoglu’s advisory office stressed the Istanbul mayor’s total rejection of the huge canal project due to environmental concerns and against the backdrop of its high financial cost.

I reject the project for logical and well-known reasons

Three advisors to the mayor of Istanbul told Al Arabiya.net that “Imamoglu announces on every occasion his rejection of this project for logical and well-known reasons, but the Justice and Development Party does not heed such criticism.”

Last Saturday, the opposition mayor of Istanbul pledged to prevent the large population increase in the huge city in which he heads the major municipality, which is expected to be achieved by the ongoing Istanbul Canal project.

Ekrem Imamoglu said during a municipality press meeting in Istanbul that the city of about 16 million people could not “stand” another two million people.

The Justice and Development Party will leave

The mayor added that the political age of the ruling Justice and Development Party would not be enough to implement this project.

He also said that his main opposition party “rejects all government decisions regarding this water canal.”

The Istanbul Canal is a 45-kilometer waterway project that is scheduled to connect the Black Sea with the Sea of ​​Marmara. However, it is often criticized by opposition parties, some civil society actors, and environmental organizations.

However, in June, Turkish President Recep Tayyip Erdogan, a staunch supporter of the canal, launched a $15 billion project aimed at relieving pressure on the crowded Bosphorus strait.

Imamoglu had revealed in a previous interview with “Al Arabiya.net” that the canal would eliminate the water resources of Istanbul residents and would destroy the irreparable nature of the province and make it uninhabitable, concerns that the government completely ignores.

Erdogan had taken the first actual step towards the realization of the Istanbul Canal project, as he laid the foundation stone for the Sazilidere Bridge on June 26, one of the six bridges that will cross the canal.

The establishment of this channel would also lead to a Turkish-Russian dispute if Ankara evaded the implementation of the Montreux Maritime Convention, which regulates the traffic of ships in the Bosphorus and Dardanelles straits.

Previous articleVideo.. Revealing the results of the investigation into the Houthi terrorist attack on the port of Al-Mukha
Next articleStomach pain is like .. biting around the belly .. finally ..