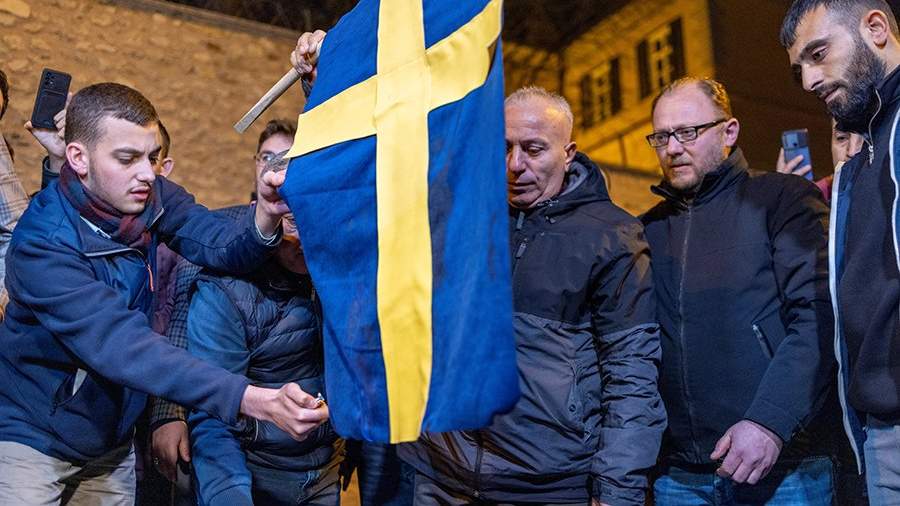 A protest rally was held at the Consulate General of Sweden in Istanbul, activists defiantly burned the Swedish flag, according to the T24 website on January 21.

Thus, the people of Turkey reacted to the action of the far-right Danish politician and lawyer Rasmus Paludan, who also heads the anti-Islamic Hard Course party. On January 21, he burned a copy of the Koran in front of the Turkish embassy in Stockholm.

The article notes that after the burning of the flag, the protesters read the Koran and prayed.

For his part, Swedish Prime Minister Ulf Kristersson stressed on January 22 that freedom of speech is a fundamental part of democracy, but legality does not always equal appropriateness.

“Burning many sacred books is an act of deep disrespect. I want to express my sympathy to all Muslims who were offended by what happened in Stockholm, ”Kristersson wrote on Twitter.

At the same time, the head of the Swedish Ministry of Foreign Affairs, Tobias Billstrom, said that Islamophobic provocations are terrible, but, despite this, freedom of expression has been established in the country.

Prior to this, a rally by supporters of the Kurdistan Workers’ Party (PKK) banned in Turkey was held in Stockholm, at which a number of insulting statements and gestures were made against Turkish President Tayyip Erdogan. Including Erdogan’s mannequin was hung upside down at the action.

After that, the Stockholm city prosecutor’s office refused to investigate the action, not finding discrediting information in the actions of the protesters. Turkish Foreign Minister Mevlut Cavusoglu criticized this decision.

Against this background, Ankara canceled the visit of Swedish Defense Minister Paul Jonsson, which was to take place on January 27.

Erdogan later warned that Ankara’s relations with Stockholm could become more strained if Sweden did not take action against the PKK. The Turkish President added that the PKK is holding its actions not only in Sweden, but also in Finland, Germany, France and England.