It does not include international aid.. The Taliban approves the first budget since taking power 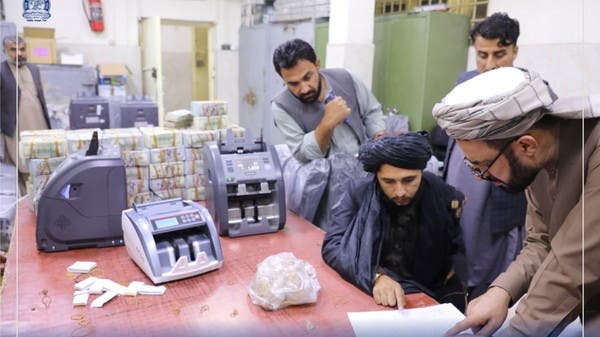 The Taliban approved its first budget since regaining control of the country in August that does not include any international aid, and covers the first three months of 2022, the Finance Ministry said.

“For the first time in two decades, we have prepared a budget that is not based on international assistance. This is a great achievement in our eyes,” ministry spokesman Ahmed Wali Haqmal told AFP.
Following the movement’s accession to power, international donors suspended the huge aid that made up 80% of the Afghan budget.

The budget approved Tuesday in the amount of 53.9 billion Afghani (about $516 million) covers only the first quarter of 2022 and is allocated to almost all government expenditures.

The Taliban decided to adopt a solar calendar for its fiscal year, which begins on March 21. The next budget, which is under preparation, will be presented after this date, according to Haqmal.

The bulk of the budget (Afghanistan 49.2 billion) was allocated to “daily government expenditures”, such as salaries, according to the ministry’s spokesman.

All government employees who resumed work after August 15 will “receive a wage,” as well as the movement’s fighters who have since joined the security forces, Ahmed Wali Haqmal said.

In light of the severe liquidity crisis caused by the suspension of international aid, the majority of government employees have not received their salaries for months.

It will also pay the salaries of women working in this field, most of whom were not allowed to return to work, according to Hokmal, who said, “They have not been dismissed. We consider that they have returned to work.”

“The entire budget is financed from our own resources”, such as “customs and taxes on revenue and ministries’ revenues,” the ministry’s spokesman explained.

The remaining part of the budget (4.7 billion Afghanis) will be allocated to development projects, especially in the field of transportation-related infrastructure.

“It is not a large amount, but this is what we can do at the moment,” Haqmal admitted.

The United States has frozen $9.5 billion in reserves from the Afghan Central Bank, an amount equal to half of the country’s gross domestic product in 2020.

The Taliban demands Washington to release funds from the freeze to revive the economy and combat famine, which threatens nearly 55 percent of the population, according to United Nations data, or about 23 million Afghans.