Italian coach avoids a strong slap from a fan (video) 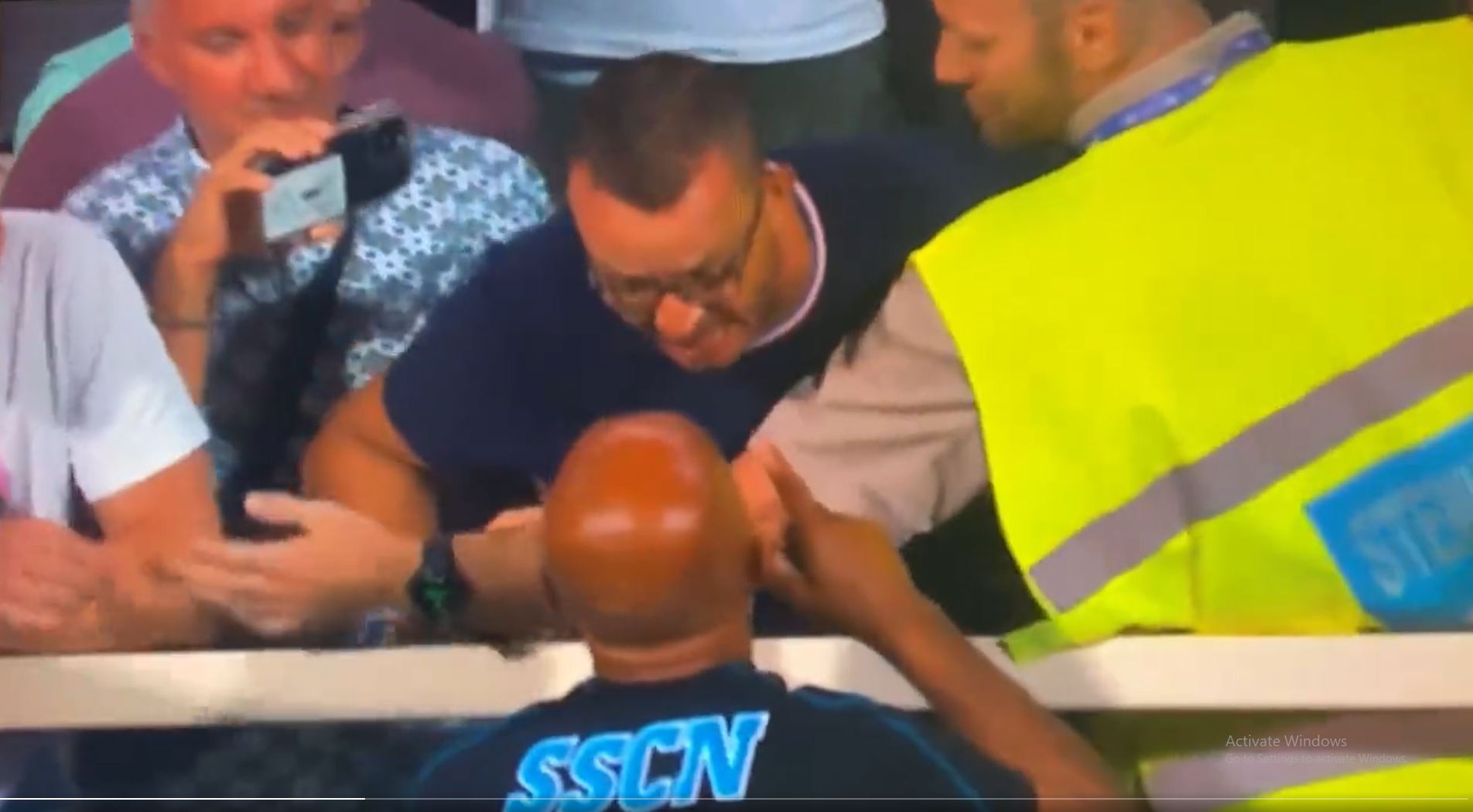 Napoli coach Luciano Spalletti attacked a fan in the stands who was angry at the result of his team’s goalless draw with Fiorentina during the confrontation that took place at the Artemio Franck stadium in the Italian Football League.

The Napoli fans threw water bottles at coach Spalletti, which made the coach unconscious and try to go up to the stands to attack the fan, who, in turn, tried to slap the coach out of anger, and things would have developed without the intervention of the stadium security men.

Napoli manager Luciano Spalletti confronted a Fiorentina fan after constant insults about his mother during the game — a bottle was thrown at him, and he was nearly slapped. pic.twitter.com/ybaZcf8TQ7

It seems that the Napoli fans are not satisfied with coach Spalletti, although he led the team to two wins and one draw without tasting the taste of defeat in three rounds, but the fans are angry with the team’s performance and the lack of development in the level.