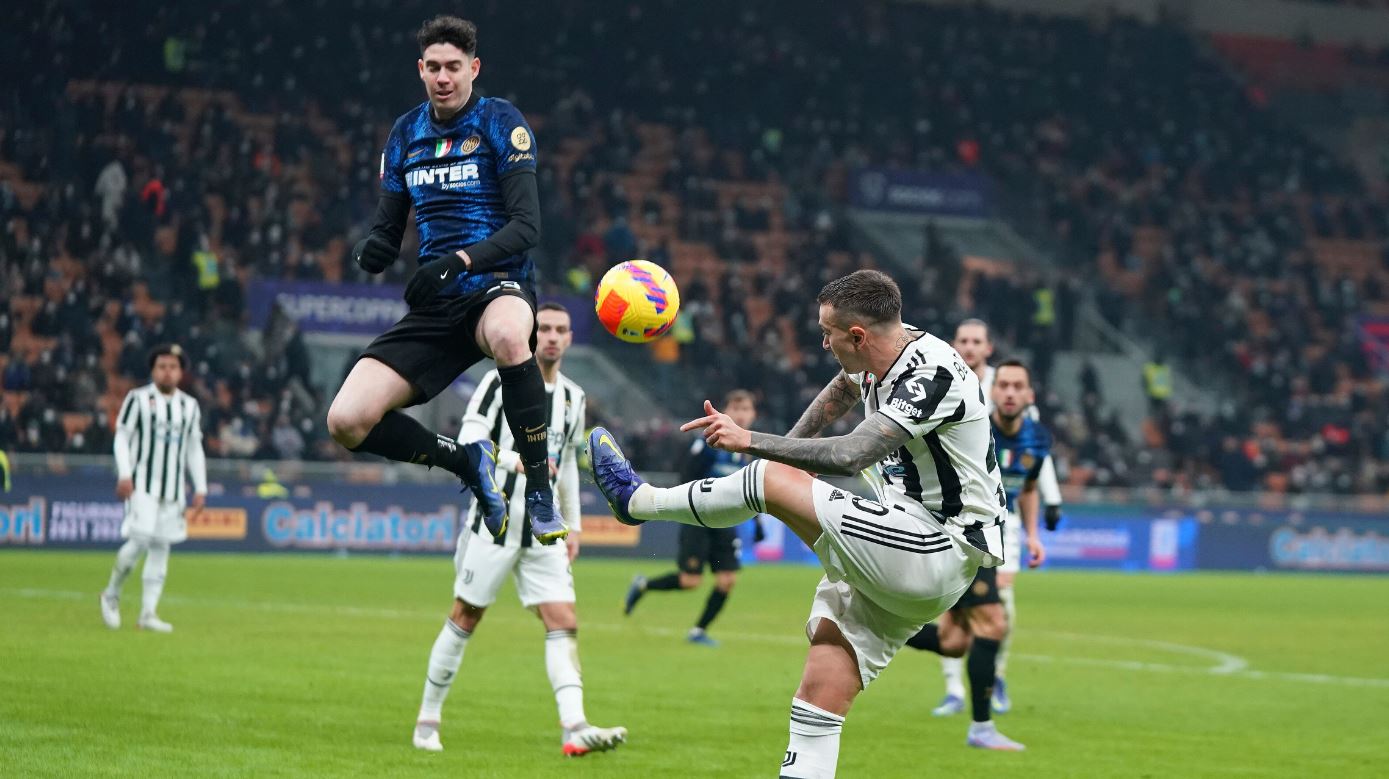 Leaders and defending champions Inter Milan will face a difficult test next Sunday, when they visit their fourth neighbor, Atalanta, at the top of the twenty-second stage of the Italian Football League. Inter Milan enters the match excited by winning the local Super Cup at the expense of its arch-rival Juventus 2-1 after the extension, which is the first title for its new coach Simone Inzaghi, successor to Antonio Conte, who has transferred to Tottenham Hotspur.

Inter Milan dominates the league standings with 49 points from 15 wins, four draws and only one loss, and it was on the ground of its current coach Lazio’s team 1-3 at the Olympic Stadium in Rome on October 16 in the eighth stage, after which he kept his record unbeaten in 12 matches. He achieved 10 consecutive victories, the last of which was 2-1 against Lazio on Sunday in the twenty-first stage.

Inter Milan, who has a postponed match, is counting on its best offensive line in the league so far, with 51 goals, led by Argentine Lautaro Martinis, who has 11 goals, and Bosnian Edin Dzeko, who has eight goals, as well as his second line of defense this season, after conceding only 16 goals, one goal behind Napoli, who conceded 15 times.

But Inter Milan’s task will not be easy against Atalanta, who forced him to draw 2-2 in their first leg match at the Giuseppe Meazza stadium in Milan on September 25. Atalanta is eight points behind Inter and has a game in turn, which is the second least defeated team so far in the league with three games, alongside Milan, the second-placed one, one point behind its neighbor Inter. Atalanta has won 12 wins so far this season, the last of which was overwhelming at the expense of its host Udinese 6-2 in the twenty-first stage.

Atalanta enters the match, rejoicing in its turn to reach the quarter-finals of the local cup competition, as it was the first team to surpass the price of the final by beating Venezia 2-0 on Wednesday, before Milan joined it Thursday by beating Genoa 3-1 after the extension (original time 1-1), And Fiorentina beat its host Napoli 5-2 after extra time (original time 2-2).

Atalanta is well aware of the importance of the three points to face Inter, as it faces great pressure from Juventus, the fifth, with a three-point difference, which has a chance to catch up with the Bergamo representative when it hosts Udinese on Saturday at the opening stage.

Juventus hopes to forget the disappointment of the Super Cup and build on its exciting victory over its host Roma 4-3 in the league last Sunday when it faces Udinese, who had denied it an affordable victory in the first stage when it advanced with two early goals by Argentine Paulo Dybala (3) and Colombian Juan Cuadrado (23). ), before the hosts responded with a double of Argentine Roberto Pereira (51 penalty kick) and Spaniard Gerard Deulofeu (83).

Milan will play an easy test against its 16th guest, Spezia, on Monday at the end of the stage, and set it on top of Atalanta and Inter, hoping to end in a draw to pounce on the lead. Napoli, in turn, will be required to forget its disappointing exit from the cup competition when it travels to Bologna thirteenth on Monday as well.
Saturday will also play Sampdoria with Torino, Salernitana with Lazio, Sunday with Sassuolo with Verona, Venezia with Empoli, Roma with Cagliari, and Monday with Fiorentina with Genoa.