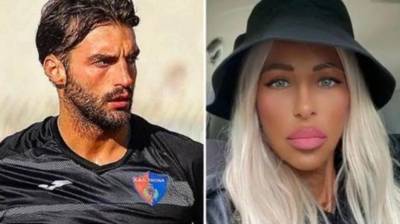 Italian footballer Giovanni Padovani of the fourth division of Italian football is the protagonist in a case involving the murder of his girlfriend. Padovani, 27, had asked his club Sancataldese (Sicily, Serie D) to be released from playing the cup match against Catania, presumably to visit his girlfriend, with dire consequences.