Italy draws with Germany and perpetuates its knot 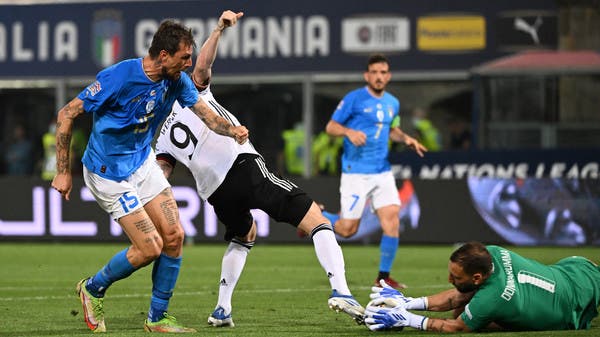 A positive 1-1 draw overshadowed Italy’s match with its guest Germany on Saturday in the first round of Group C for the first level of the European Football Championship.

England started their campaign in the tournament with a surprising defeat against their Hungarian hosts 0 – 1. At the Renato dal Ara stadium in Bologna, the first half of the match between Italy and Germany ended in a goalless draw.

In the second half, Roma player Lorenzo Pellegrini scored a goal for the Azzurri in the 70th minute after a distinguished individual effort from Wilfried Nonto on the right side, before sending a perfect cross into the penalty area, which Pellegrini met with a powerful shot into the net.

But after only three minutes, Bayern Munich’s Joshua Kimmich equalized for Germany after an organized attack that Jonas Hoffmann ended with a cross into the penalty area that hit one of the defenders and prepared in front of Kimmich’s feet, who did not find any difficulty in putting the ball into the net. Hungary topped the group standings with three points, compared to one point for Italy and Germany, and England remained without a score of points.