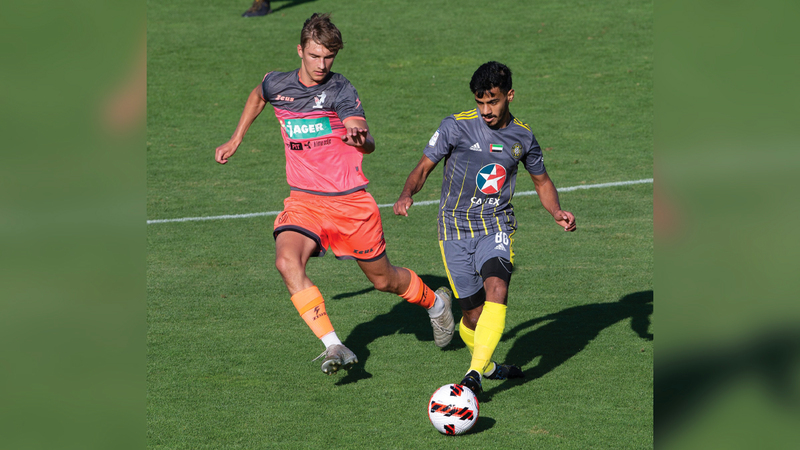 The first team of Ittihad Kalba defeated the Slovenian team Champion by 5-0 in the first friendly match for the Tigers within the team’s camp in Austria, in preparation for the participation in the next season of the ADNOC Professional League.

The goals of Ittihad Kalba scored: Togolese player Benil Malaba, top scorer for the Olympic team, Yasser Hassan, Fahd Barout, Ahmed Amer and Muhammad Ali, with a goal for each of them.

The Tigers are waiting for two upcoming friendly matches with Austrian club Dynamo Helfort next Wednesday, and Austrian club Athletic Fusbol on August 7.

The Tigers’ training is led by their Iranian coach, Farhad Majidi, who was hired instead of Uruguayan Jorge da Silva.