Ivory Coast suspended the national team goalkeeper because of drugs 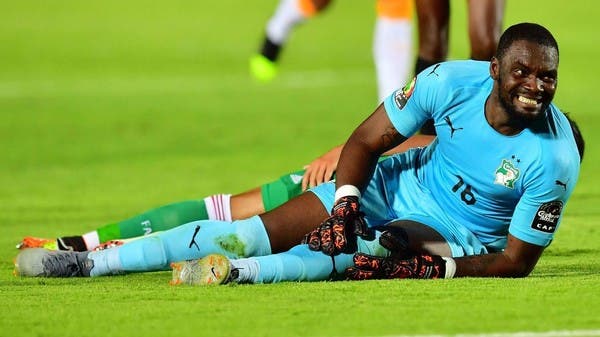 The Ivory Coast Football Federation said that its national team participating in the African Nations Cup in Cameroon will be deprived of the services of first goalkeeper Sylvain Gboho, after confirming his suspension by the International Federation of Popular Football (FIFA) for violating drug and doping regulations.

And “FIFA” had temporarily suspended Gboho, player of the Ethiopian club Walket City, after tests confirmed that he had taken a banned sports drug.

The Ethiopian Football Association announced this decision on the eve of the start of the current African finals, but those in charge of managing the Ivory Coast national team put him in the list of the participating team in the tournament, hoping to lift the ban after providing clarifications.

Ivory Coast coach Patrice Baumel said: “At the beginning of last year we asked Sylvain to undergo an eye examination according to the rules for goalkeepers. The doctor who did the examination prescribed medication for him. Sylvan took the drug in March but then stopped.

The coach added: They informed us of the result of the examination on December 27. We gave them the prescription.

The Ivory Coast will play its first match in the continental championship in Group E on Wednesday against Equatorial Guinea.