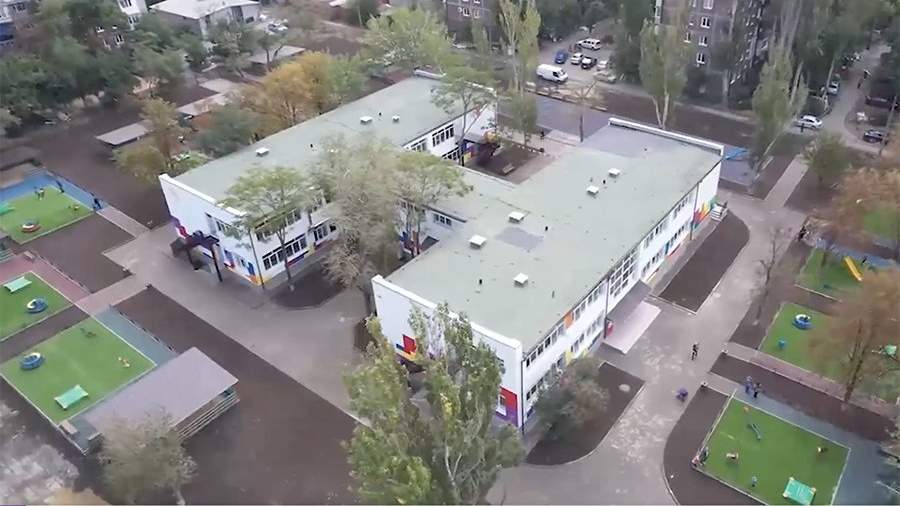 A new kindergarten opened in Mariupol, which was almost completely destroyed by the armed forces of Ukraine (AFU) as a result of hostilities. On September 13, Izvestia correspondent Rodion Severyanov testified that now there is nothing in the preschool institution that reminds him of what Ukrainian militants once did to him.

As the head of the kindergarten said, after the residents were informed about the resumed work of the institution, 180 pupils immediately enrolled in it very quickly. The building now has everything they need.

“Brand new bunk beds, a huge number of toys, both just entertaining and educational. Nothing reminds of the fact that military operations were once taking place here, and now there is a peaceful sky above the guys and the whole world is open for them, ”the correspondent said.

According to the Minister of Construction of the Tula region Konstantin Lopukhov, the facade was damaged at this facility, all engineering systems and landscaping were missing. Now all the systems in the building have been restored, the video surveillance system has also started working in it, ventilation is fully operational, sewerage has been installed, electricity has been connected, and the catering unit has been completed. For classes with pupils, in addition to developing games, there are also interactive learning materials.

Earlier, on September 9, it was reported that the first residents of Mariupol were given keys to apartments in new houses. The head of the Donetsk People’s Republic (DPR) Denis Pushilin took part in the solemn event. The head of the DPR also noted that the main work was carried out by military builders, adding that this deserves great respect, since the work was done in the shortest possible time. In 2022-2025, the Ministry of Construction announced that over 600,000 sq. m of apartment buildings.

On the same day, the Investigative Committee of the Russian Federation calculated how much the restoration of Mariupol, Rubizhne and Severodonetsk would cost. As indicated in the department, according to the conclusions of experts, the cost of restoration work is more than 180 billion rubles.

Earlier, at the end of July, Deputy Prime Minister Marat Khusnullin reported to Russian President Vladimir Putin that the master plan for Mariupol envisages a complete restoration of the city within three years. In addition, according to him, the city’s airport is included in the recovery plan.

Peaceful life continues to improve in Mariupol after the Ministry of Defense of the Russian Federation reported on May 20 that the city had been completely liberated and 2,439 militants of the neo-Nazi Azov group (recognized as terrorist and banned in the Russian Federation) who were hiding on the territory of the Azovstal plant were captured.

Mariupol is the largest city on the coast of the Sea of ​​Azov, one of the key centers of metallurgy in Donbass and a major seaport.