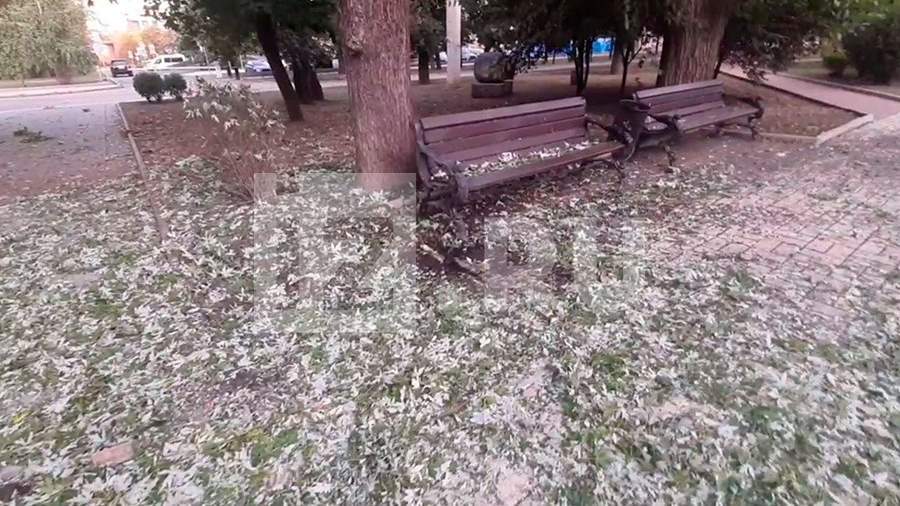 The armed formations of Ukraine (VFU) fired 155-mm caliber shells at Donetsk, which are used by NATO countries. Footage of the aftermath of the shelling on Saturday, August 27, appeared at the disposal of Izvestia.

The footage shows how trees fell from the impact of the blast wave, windows flew out of roadside booths and cars.

The blows were inflicted on the Voroshilovsky district of the city. In addition, there is a strong smell of burning near the building of the Donetsk military prosecutor’s office. At least one shell fell near Pushkin Square opposite the administration building of the head of the Donetsk People’s Republic (DPR) Denis Pushilin.

On August 24, Ukrainian fighters fired at Donetsk three times with the help of large-caliber artillery. The blows were delivered from the settlements of Netaylovo and Krasnogorovka in the Kuibyshevsky and Kirovsky districts of the city.

Nationalists regularly shell Donetsk and other settlements of Donbass. So, on August 20, it became known that during the attack of Ukrainian militants on the Kyiv region, a civilian was killed.

Before that, on August 14, two victims of the shelling of Donetsk by radicals were reported. At the same time, due to a missile attack on Energodar, a civilian was killed and a girl was injured.

Russia continues the special operation to protect the Donbass, the beginning of which Russian President Vladimir Putin announced on February 24. A few days earlier, the situation in the region escalated significantly due to shelling by the Ukrainian military. The authorities of the Donetsk and Lugansk People’s Republics announced the evacuation of residents to the Russian Federation, and also turned to Moscow for help. On February 21, the President of Russia signed a decree recognizing the independence of the DNR and LNR.