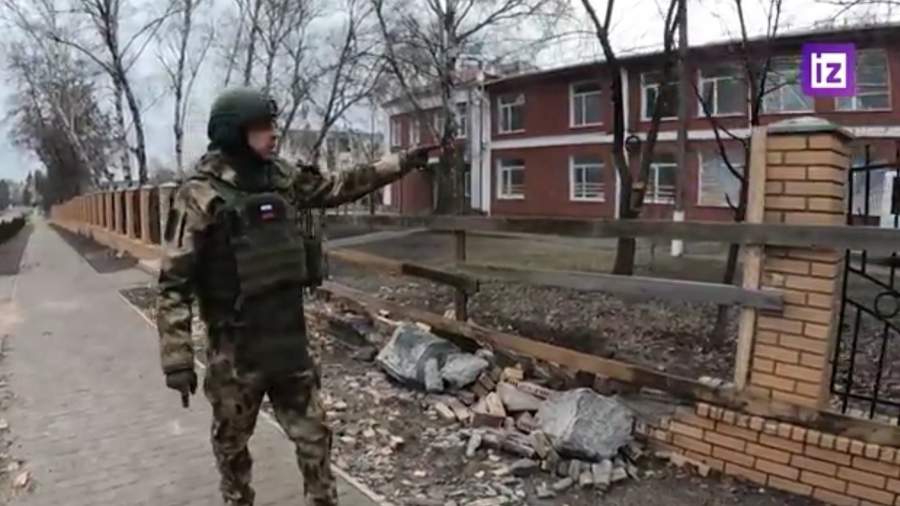 Ukrainian militants opened fire on a school where they were distributing humanitarian aid in the town of Kremennaya in the Luhansk People’s Republic (LPR). Izvestia correspondent Dmitry Zimenkin shared footage of the consequences of shelling and destruction on the spot on Monday, January 23.

“This is Kremennskaya secondary school No. 2. We see how the fence was demolished by one shell, then the building itself was damaged. From that recent blow, a passer-by was killed, ”the correspondent said.

He added that 15 new minibuses were brought from Moscow to the residents of the city, which also suffered from the impact – the windows of the cars were broken.

The commander of one of the battalions of the 2nd Army Corps with the call sign “Askold” said that Russian artillery suppresses all firing points of Ukrainian militants. Airplanes constantly fly in the sky, the sounds of ammunition exploding are heard.

“And all their intentions to go on the counteroffensive are doomed to failure,” the soldier concluded.

Earlier, on January 19, residential areas in the center of Kremennaya were under heavy shelling by the Armed Forces of Ukraine. According to local residents, explosions were heard every one or two minutes.

On January 23, it became known that a girl born in 2021 died as a result of shelling of Kremennaya by Ukrainian armed forces. In addition, four people were injured.

Russia’s special operation to protect Donbass, whose residents refused to recognize the results of the 2014 coup d’état in Ukraine, began on February 24. The decision to hold it was made against the backdrop of the aggravated situation in the region due to increased shelling by Ukrainian troops.