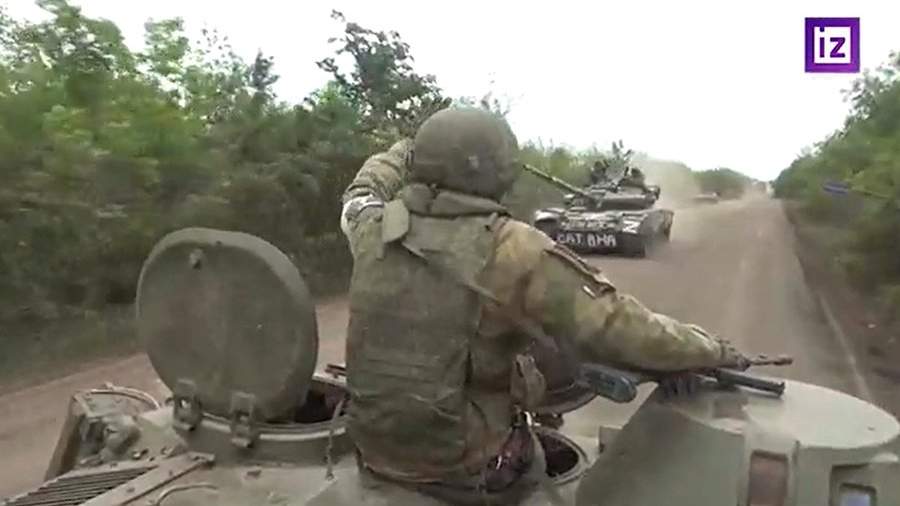 The Russian Marine Corps launched an assault on the outskirts of the village of Kamyshevakh. Footage from the scene was provided on Saturday, May 21, by Izvestia war correspondent Denis Kulaga.

One of the soldiers said that now the goal of his unit is to block the enemy in the village. They work together with artillery and aviation.

“At present, our unit is carrying out maneuvering actions to bypass the enemy from the north side in order to block him in a populated area. Operations are being carried out successfully, which results not only from the courage and heroism of our unit, but also from successful and well-established interactions with other branches of the military. We work with both aviation and artillery,” the military man said.

Earlier on the same day, Izvestia correspondent Alexei Poltoranin showed footage of the cleansing of the village of Kamyshevakh. The fighters knocked out the Ukrainian fighters from the school building of the village.

On May 20, the territory of the Azovstal plant in Mariupol was completely liberated. Since May 16, during a Russian special operation, 2,439 Azov militants have surrendered (criminal cases have been initiated against the group in the Russian Federation) and military personnel of the Armed Forces of Ukraine, blocked on the territory of the plant.

On the same day, Russian Defense Minister Sergei Shoigu reported to Russian President Vladimir Putin on the complete liberation of Mariupol of the Donetsk People’s Republic. A statement about this was posted on the official website of the Ministry of Defense.