‘Jadeja’s decision to step down as captain’ – open-minded Dhoni 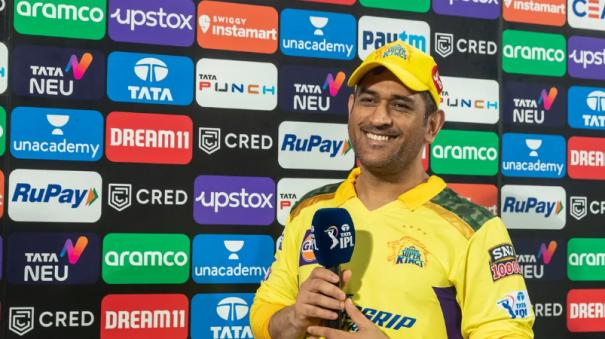 Mumbai: Ravindra Jadeja has stepped down as captain of the Chennai Super Kings. Mahendra Singh Dhoni shares his opinion on his decision.

Before the start of the current IPL season, the responsibility of leading the Chennai Super Kings team has been handed over to all-rounder Jadeja. He too accepted it graciously and took care of the captain’s responsibility. He has led the team in 8 games this season. In this case, Jadeja stepped down. And the captaincy was handed back to Dhoni.

Dhoni led Chennai in the league match against Hyderabad yesterday. CSK won by 13 runs. After the match, Dhoni spoke about the decision to dismiss Jadeja.

“Jadeja knew he would be given the opportunity to captain the team during the current season. He had enough time to prepare himself for that. The important thing was that he would lead the team. I needed that change too. I gave him a little bit of advice in the first two games and then he made all the decisions himself. Picked up.

I stopped it at the end of the season so that the thought of not being the team captain would not come to him. A captain cannot be nurtured. In the domain you have to make important decisions. That captain is responsible for that, “said Dhoni.