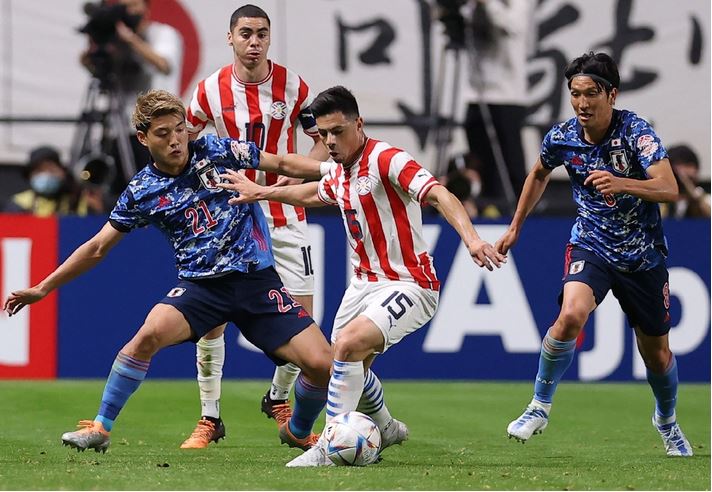 Japan, which is preparing for the 2022 World Cup, won a big victory over Paraguay 4-1, Thursday, in an international friendly match in football.
Takuma Asano, the German striker from Bochum, opened the scoring for the Samurai Blue (36). Daiichi Kamada, crowned with Eintracht Frankfurt with the European League “European League” title, increased the numbers before the break (42).
In the second half, the Japanese added two goals through Kaoru Mituma (60) and O Tanaka (85), after Paraguay reduced the difference through Driles Gonzalez (59).
The four-time Asian champion will meet Brazil on Monday at the Olympic Stadium in Tokyo, looking for a first victory over Seleção in an international match.
Japan fell into a difficult group in the 2022 World Cup, along with Germany and Spain, and the winner between Costa Rica and New Zealand.