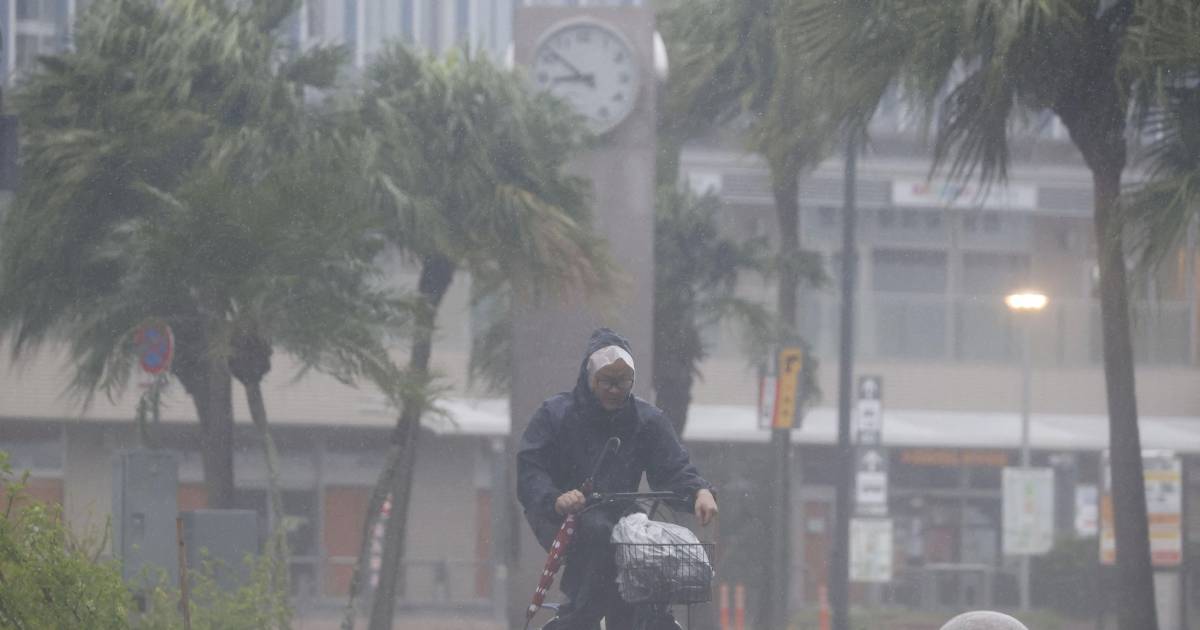 At least two million Japanese from the southernmost island of Kyushu and surrounding islands have been ordered by authorities to flee their homes and seek shelter as Typhoon Nanmadol approaches. The Japanese weather agency calls the tropical storm ‘very dangerous’.

According to the Japan Meteorological Agency, the typhoon — as a hurricane in the region is called — is near Yakushima, where it reaches speeds of 162 kilometers per hour. Nanmadol is slowly moving towards Kyushu, where he is expected to make landfall later today.

The Japanese counterpart of the KNMI weather institute warns of ‘storms and high waves like never seen before’. Record rainfall, flooding and landslides are expected. The south of Kyushu can experience 50 centimeters of rainfall and wind gusts of up to 250 kilometers per hour.

Residents have been instructed by local authorities to get to safety. Companies have also taken measures. Train rides have been canceled on several routes in the region, supermarket chain Seven-Eleven Japan has temporarily closed 950 stores and airlines have canceled hundreds of flights.

It is a Category 4 hurricane, the second most severe. In fact, Nanmadol could become the most damaging typhoon to hit Japan in decades, according to the US Navy’s Typhoon Warning Center.

The tropical storm is expected to move eastwards and can reach the capital Tokyo on Tuesday, before turning towards the sea on Wednesday.