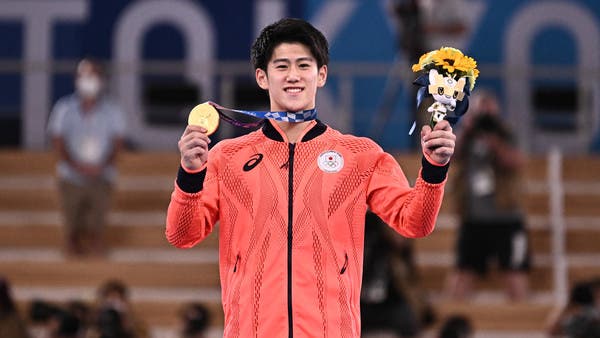 Japanese youth Daiki Hashimoto won the gold medal in the men’s individual general competition in the artistic gymnastics competitions at the 2020 Tokyo Olympics.

Hashimoto followed in the footsteps of Japanese legend Kohei Yoshimura and awarded Japan its third consecutive gold medal in the individual general competition at the Tokyo Olympics.

Hashimoto lost the lead early, but came back ahead of China’s Qiao Ruoting, the 2017 world champion.

Hashimoto scored a total of 88.464 points, compared to 88.065 points for Qiao, who won the silver medal, while the bronze medal went to Russian Nikita Nagorny, the 2019 world champion, who scored 88,031 points.

Hashimoto followed in the footsteps of “King Kohei” Yoshimori, who won all possible titles in the individual general artistic gymnastics competition between 2009 and 2016. His record includes ten world titles and three Olympic gold medals.