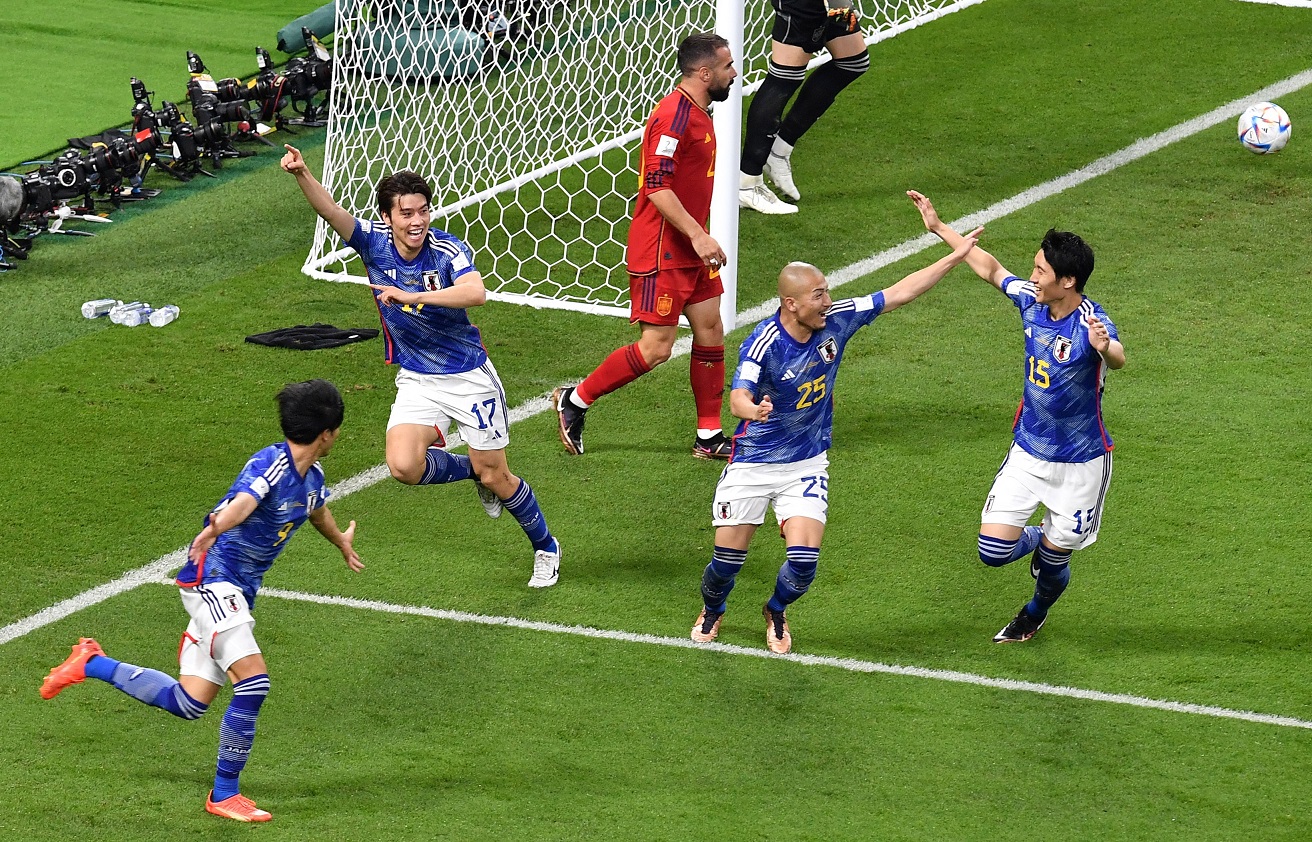 Japan’s victory over Spain, which ensured its qualification to the Round of 16 of the 2022 World Cup in Qatar as group leader, had a positive impact on the stocks of Japanese football-related companies on the Tokyo Stock Exchange.

The main index of the Tokyo Stock Exchange, the Nikkei, fell by 1.59% on Friday, however, the general frustration of investors did not affect shares related to “Samurai Blue”.

The digital advertising company (CyberAgent), which broadcasts all World Cup matches on its platform (Abema), closed the day, up 3.95%.

This increase comes after the announcement that nearly 30 million people used the platform until November 27, when Japan played its first two matches in the World Cup.
Mizuno, a sports apparel and footwear company, one of the team’s sponsors, rose 0.98%.

Shares of the (Hub bar) chain, which broadcasts the matches live, rose today by 7.62%, while last week it rose by more than 25% within two days, after Japan’s victory over Germany.

The victory over Spain comes after Japan’s defeat by Costa Rica in the previous match, and was the surprise that the Japanese robot defeated the German machines in its opening match.

The Japanese national team, which defeated La Roja 2-1, qualified for the round of 16 to face Croatia, the runners-up of Group F.