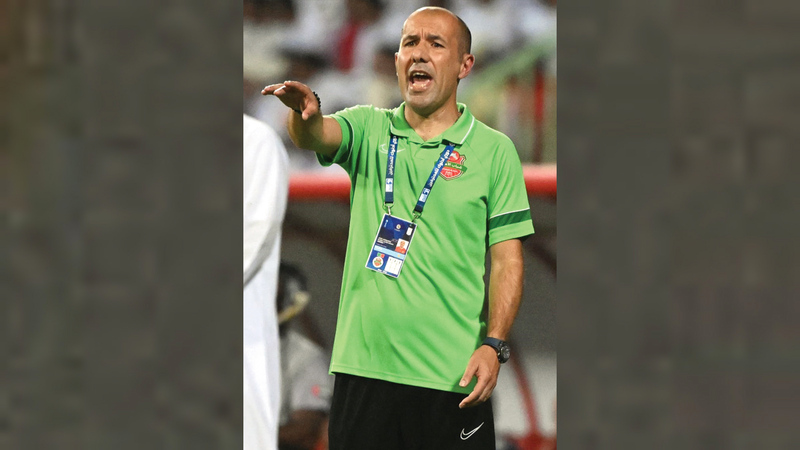 The Portuguese coach, Leonardo Jardim, expressed his happiness with the victory achieved by Shabab Al-Ahly against Al-Wahda, the day before yesterday, in the third round of the ADNOC Professional League.

Jardim revealed in a press conference the way that contributed to his team’s superiority over Al Annabi, explaining that he took advantage of the spaces in the opponent’s midfield and defense, in addition to implementing the counter-attacks well.

He added, “The two teams delighted the audience with a strong performance throughout the two halves of the match, while Al-Ahly youth succeeded in exploiting the spaces in the first half and playing on the rebounds.”

He continued, “We were the best in possession in the second half, and we managed to pose a great danger to the opponent, and scored a second goal from about 10 passes between my players.”

He concluded: “I am happy with the players’ response and their focus throughout the match, and we hope to continue the good results in the upcoming matches.”

For his part, the Portuguese coach, Carlos Carvalhal, confirmed his dissatisfaction with the result of the Al-Wahda match with Al-Ahly youth, and Carvalhal explained in a press conference: “We performed well, and we deserved at least a draw, but it is football, and we made some mistakes that caused us to lose.”

He continued, “We missed many opportunities that could have changed the result of the match, and at least equalized, while unjustified errors contributed to our loss of the match.”

He concluded: “We have to correct these mistakes in the future, and stopping is a good opportunity for that, and we hope to achieve positive results when the competition resumes again.”