Jardim .. the first Portuguese to win the Asian Champions League 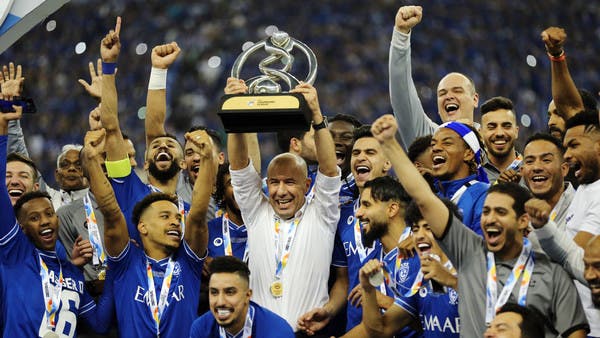 Leonardo Jardim became the first Portuguese to win the AFC Champions League in history after leading Al Hilal of Saudi Arabia to overtake South Korea’s Pohang in the final and win the title for the second time on Tuesday.

Al Hilal won its first championship in the competition in 2019 under the leadership of Romanian Razvan Lucescu, while the Portuguese could not win the most important championship on the level of the yellow continent.

Jardim coached Al Hilal last summer, and began his mission in the AFC Champions League by defeating Esteghlal Tehran with two goals without a response in the final price, and followed him with the Iranian Persepolis in the quarter-finals after defeating him with three goals without a response, and in the semi-final he defeated the Saudi victory, which was coached by his compatriot Pedro Emmanuel, with two goals to one, ended his successful career in the tournament by defeating South Korea’s Pohang 2-0 in the final.

Jardim joined 5 Portuguese coaches who won continental championships, namely Arthur George, who won the Champions League in the 1986-1987 season with his compatriot Porto, Jose Mourinho, who won the 2003-2004 edition with Porto as well and Inter Milan in the 2009-2010 edition.

Manuel Jose won four copies of the African Champions League with Al-Ahly of Egypt, while Jorge Jesus won the Copa Libertadores with the Brazilian Flamengo in 2019, and last year led Abel Ferreira Palmeiras to win the championship.