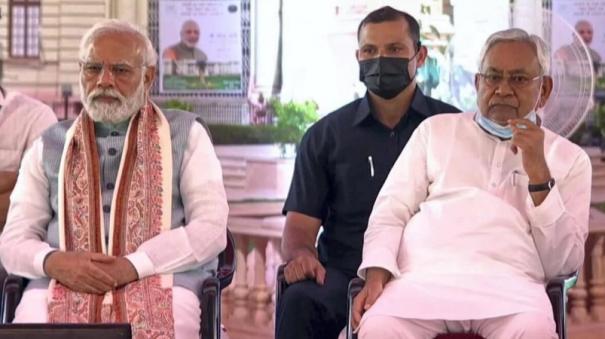 New Delhi: The Bihar Chief Minister’s United Janata Dal (JDU) has pulled away from the BJP-led National Democratic Alliance (NDA). As a result, it seems that there will be a problem for the BJP majority in the Rajya Sabha.

The current total number of members in the Rajya Sabha is 237. It includes 100 members of the BJP-led NDA alliance, 1 independent and 4 nominated members, making it 115 members.